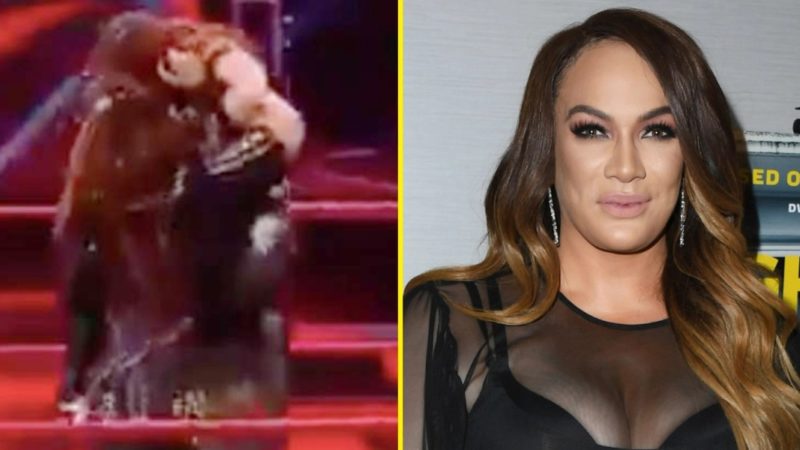 Nia Jax once again found herself on the receiving end of high criticism from fans when she ended up injuring Kairi Sane during their match on Raw last month.

The former Raw Women’s Champion recently had an interview with Talksport, where she discussed a number of things and also responded to the fan backlash over the incident.

Jax first confirmed that she does see the negative comments online and claimed that anyone who says that it does not bother them are lying:

“I feel like every person or character who would say, ‘Oh, whatever they say doesn’t bother me,’ are kind of lying,” Jax said. “Because I am working for the approval of an audience. Whether it be hating or loving, I want their reaction. So when you’re on Twitter and you see it constantly, it can definitely get to you a little bit. It’s like, ‘Wow, all I’m seeing is negativity.”

However, continuing on the topic, she claimed that when she gets to interact with the fans she realises that the negative comments come from a small percentage of people who have nothing better to do:

“But when I step back and I actually immerse myself into the WWE Universe – like when I get to see the crowd and fans – I know that’s just a small percentage on Twitter who have nothing better to do than hate on somebody. The fans in real life are so welcoming, so giving and so understanding, I’ve had nothing but positive feedback from them and I’m super grateful for that.”

For anybody who might have missed it, this is the head injury to Kairi Sane caused by Nia Jax, who botched an irish whip into the steel steps. I’ll say that Nia Jax is a very unsafe worker. #WWERaw pic.twitter.com/eNOMclJygA