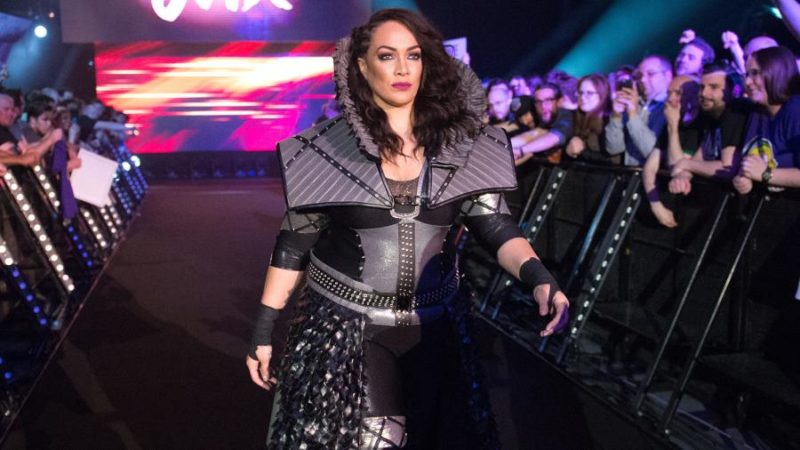 Nia Jax reacted to the announcement of the Women’s Money In The Bank ladder match made official by Shane McMahon.

Jax addressed it and took a subtle shot at the Creative team of RAW- the brand she’s presently contracted to.

On the most recent episode of SmackDown Live (May 30th), SmackDown Live Commissioner Shane McMahon announced the very first Money In The Bank ladder match that is to take place at the upcoming PPV of the same name, featuring female participants; namely Charlotte Flair, Becky Lynch, Tamina, Natalya and Carmella.

Nia Jax made her professional wrestling debut in 2015 in NXT and her WWE main roster debut last year.

As of the moment, Jax isn’t involved in any storyline on RAW, with Alexa Bliss and Bayley feuding over the WWE RAW Women’s Championship and Sasha Banks and Alicia Fox engaged in a rivalry of their own.

Considering that, Nia Jax referenced the aforementioned Money In The Bank ladder match announcement, to praise the blue brand’s creative team, whilst simultaneously taking a jab at the Creative team of Monday Night RAW.

Wow! First ever Money in the Bank Women’s Ladder Match! Amazing how #SmackdownLive uses their ENTIRE women roster every Tuesday! 🙌🏽

Nia Jax is lauded for her power and intimidating persona in the WWE Women’s division however, has been on the receiving end of some harsh criticism at the hands of several pro-wrestling fans and critics alike over the notion wherein they regard her as an unsafe worker.

On that note, Jax was indeed involved in a few botched spots in the past, with the most prominent among them coming not too long ago against Charlotte Flair.

Nevertheless, one ought to know that Nia Jax is still relatively inexperienced as a professional wrestling performer, and hopefully will only get better with each passing day.

Here’s hoping big things lie in wait for the Force of Greatness thy name Nia Jax.