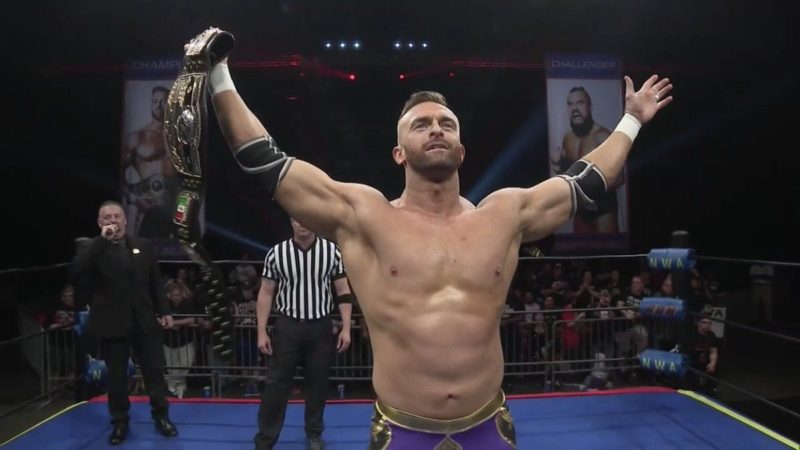 A few weeks back, Nick Aldis was the subject of discussion on Bruce Prichard’s podcast. Prichard called out Aldis, claiming the NWA Worlds Champion doesn’t have the “IT Factor”

Nick Aldis has addressed these comments a few times on social media as of late. Today, though, he took to Busted Open Radio, where he claimed that Prichard likes to throw out his opinion as fact.

“He’s full of s*** is the reality. Honestly, what he did was, he just exposed the fact that he hasn’t been paying attention to anything that’s been going on. When he was running TNA he wasn’t paying attention, he was asleep.

There’s plenty of Hall of Famers who have a different opinion. He likes to float things out that are subjective and just sort of present them as fact.”

Following that, Nick Aldis took a shot at Prichard’s poor leadership at TNA/IMPACT Wrestling, claiming that he was the reason the ratings tanked so far.

“By the time Bruce was relieved of his duties in TNA in 2013 he’d gotten the viewing figures down to like one million people. By the time I had the world title at the end of that year and through the start of 2014, we’d gotten the average viewing figures back up to 1.3, and peaked at 1.55, which was just shy of 1.561 which was the lowest RAW rating in history which is the rating that came out the same week that he decided to trash me on his podcast.