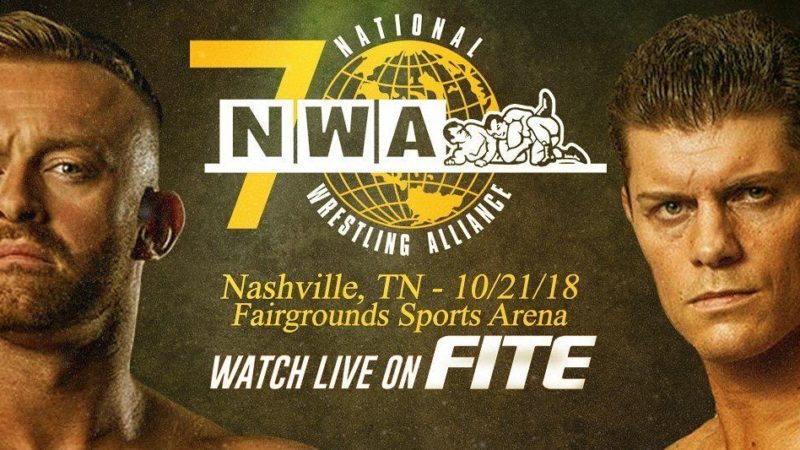 We noted before how Cody Rhodes was expected to defend the NWA title against Nick Aldis in a 2 out of 3 falls match after winning it at the All In event.

This match took place yesterday night and Aldis got the first fall when Cody tapped to his Cloverleaf hold, within only minutes of the starting of this bout.

Cody then got the second fall when Nick ended up going through a table while trying to deliver an elbow drop. He was pinned by Rhodes following a Cross Rhodes.

The third fall came after Cody tried to outsmart his opponent by loosening his boots and then rolling him into a small package. Nick Aldis countered this move as he reversed the weight and got the pin instead.