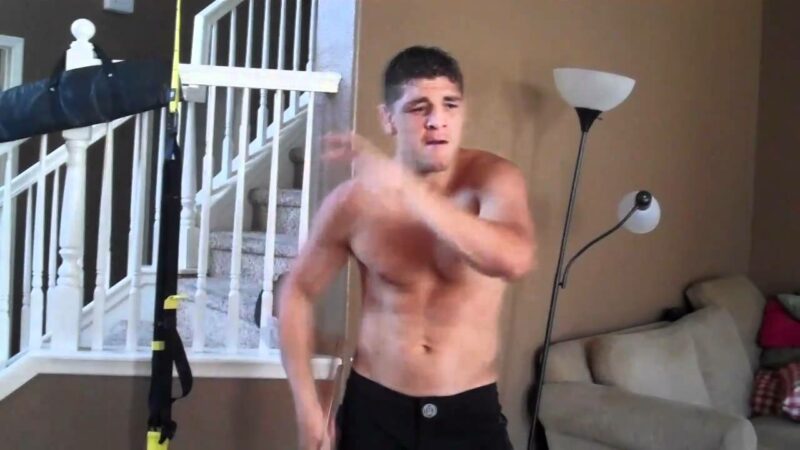 The UFC star Nick Diaz is seemingly still in the USADA testing pool.

It is mandatory for every active UFC fighter to enter and be a part of the USADA testing pool. This allows them to be subject to testing within the UFC Anti-Doping Program. Recently, MMA reporter Aaron Bronsteter has noted that the Stockton native was amongst the recently tested athletes. Bronsteter posted the entire list on Twitter. Along with Diaz, we can see a host of other names:

“Tested by USADA recently: Travis Browne, Nick Diaz, Kron Gracie, John Hathaway, Karolina Kowalkiewicz, Sheldon Westcott, Danyelle Wolf In case anyone was wondering whether or not these athletes were still in the USADA testing pool.”

Diaz has a fair share of history with the agency. On April 9, 2018, ‘Diablo’ accepted a one-year sanction. This was after he failed to report his whereabouts to USADA on three different occasions from the third quarter of 2016 to the first quarter of 2017.

Nick Diaz’s last fight took place at UFC 266 in 2021. In the contest, he endured a loss against Robbie Lawler via TKO in the third round. This was his third consecutive loss in the promotion after defeats to Georges St-Pierre and Carlos Condit. His fight against Anderson Silva was also reverted to a no-contest after the Brazilian tested positive for drostanolone and androsterone. In the past, Diaz has also tested positive for marijuana.

Diaz’s longtime coach Cesar Gracie gave a surprise update regarding his pupil’s fighting future. Gracie declared on Instagram that the popular UFC fighter will be back in the octagon by the end of the year. Further, another of Diaz’s associates, Jake Shields, was a guest on The Joe Rogan Experience recently. He was asked about his friend’s octagon future. Shields replied that he was hopeful to see Diaz back in the octagon, provided the next fight is preceded by a proper training camp:

“I really hope he fights again but he needs to make sure to properly do a camp.”

We will have to wait and see when Diaz makes his way back to the UFC octagon.