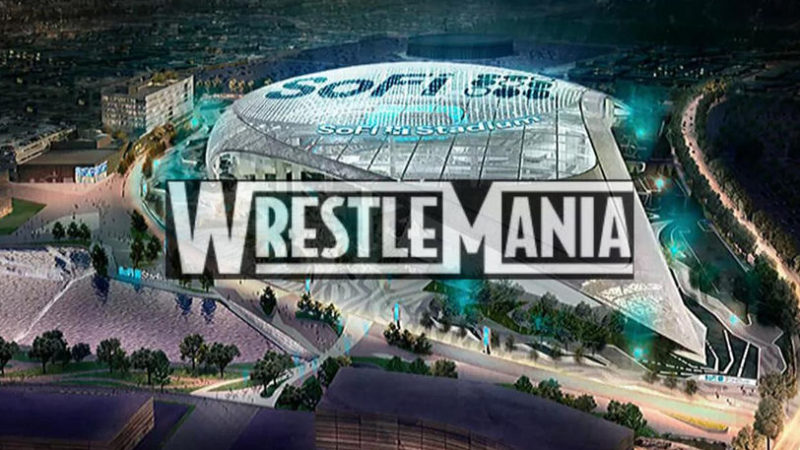 WWE star Sasha Banks recently mentioned pop superstar, Nicki Minaj while speaking about a match at WrestleMania. WWE has used celebrities before at huge events, especially WrestleMania. With WrestleMania 38 coming soon fans are wondering if Minaj will be featured at the show. E

‘The Boss’ had main evented at WWE’s flagship show, as she faced Bianca Belair on night 1 of WrestleMania last year. As it would turn out, she’s no stranger to large musical celebrities either, as she’s cousins with the one, the only, Snoop Doggy Dogg himself.

Speaking of celebrity, though, she’s pretty much stepping up her own game in that regard, she having landed a role in The Mandalorian, and who knows what’s next for the wrestling and rising entertainment star.

In speaking with Bleacher Report on that experience she said:

First of all, thanks for trying to get that out, but I’m not on the next season…But it was incredible being on The Mandalorian on Star Wars. To be on a franchise that is so huge and so loved, just look at the reception from fans outside of the WWE Universe. It was the best feeling of all time. The projection of that show was overwhelming. I legit felt like I was in a galaxy so far, far away. I felt like I was on a different planet…

“It was something I will always take with me and I took so much of what I learned from acting with them and being with so many great stars to WWE. It really helped my confidence as well when I came back from doing The Mandalorian two years ago. It was such a learning curve and something I wasn’t expecting, but now I’m in this whole new Hollywood world and it’s going amazingly. I’m so excited for the fans, and I can’t wait for my fans to see what’s next.”

Banks made this statement regarding the aforementioned WrestleMania match, and a bold one it is. She said:

“I see myself main-eventing WrestleMania either against Nicki Minaj, Charlotte Flair or Bayley…Those are my top three picks. If I predicted that one last year, I feel like any of those are a WrestleMania-caliber match.”

We will have to see if that match takes place down the road.