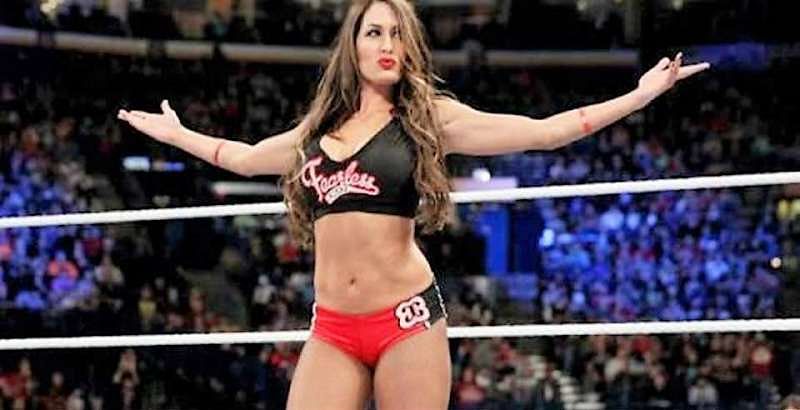 WWE Hall of Famer Nikki Bella recently shared her take on the YouTube sensation Logan Paul challenging Roman Reigns for the Undisputed WWE Universal Championship at the Crown Jewel 2022. Reigns was a guest on Paul’s podcast, “Impaulsive,” and before the show ended, the popular YouTuber revealed that he wanted to face Reigns and claimed that he could beat ‘The Tribal Chief.’ ‘The Maverick’ had also called out Roman Reigns to a press conference during an edition of Friday Night SmackDown. ‘The Tribal Chief’ appeared at Las Vegas press conference. The title match was made official for the Crown Jewel Premium Live Event.

Logan Paul made a breakthrough in WWE. This will be his third pro wrestling match. Paul last wrestled at SummerSlam in July, where he defeated The Miz in Nashville, Tennessee, after signing a deal with WWE, which was announced publicly in June.

While speaking with TMZ, The Bella Twins (Brie and Nikki Bella) praised Logan for making the transition into the world of pro wrestling.

“He’s an amazing wrestler,” Nikki said. “I think he proved that at WrestleMania. He’s a good storyteller. He has charisma. He speaks well on the mic. Like, he’s the total package as a WWE Superstar. The crowd reacts to him, and you got to listen to your fans, and the fans want it.”

Brie chimed in by stating:

“He has all the tools to be a big star there. In the entertainment business, nothing is fair, but that’s life.”