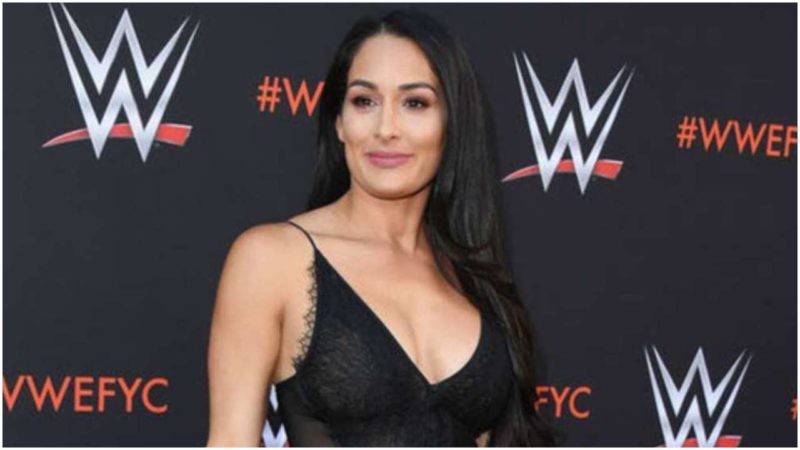 WWE Hall of Famer Nikki Bella recently took to her Instagram account and posted a string of pictures from the WWE Hall of Fame 2022 after-party. The pictures feature her sister, Brie Bella, and other WWE legends including Lita and Trish Stratus showing a backside view.

The Bella Twins made an appearance at the 2022 WWE Hall of Fame induction ceremony where The Undertaker was the headlining inductee. ‘The Phenom’ was rightfully placed in the Hall of Fame and the former WWE RAW Women’s Champion Rhea Ripley is happy with the induction.

Speaking with Jose G. of Sportskeeda Wrestling, Ripley stated that she tried to imitate ‘The Deadman’ in her character work. She spoke highly of the legend on how he was able to keep up with his gimmick. Ripley added that she was very excited to see ‘The Phenom’ take his rightful place in the Hall of Fame:

Here’s what Ripley had to say:

“He’s a legend. He’s a straight-up legend and he’s so good at his craft and so good at what he does. I think just watching him and seeing how he doesn’t ever break character is one thing that I love and I wish I could do. But I get too excited sometimes and Liv does make me smile on TV. Even though I’m supposed to be the Nightmare, she does make me look like a little schoolgirl sometimes. The one thing that I adored about the Undertaker is that he was always true to himself and he did his own thing and it worked. Look at him, he’s one of the biggest names. When you think of WWE, you think of The Undertaker. So I’m very excited for him to be inducted into the WWE Hall of Fame.”