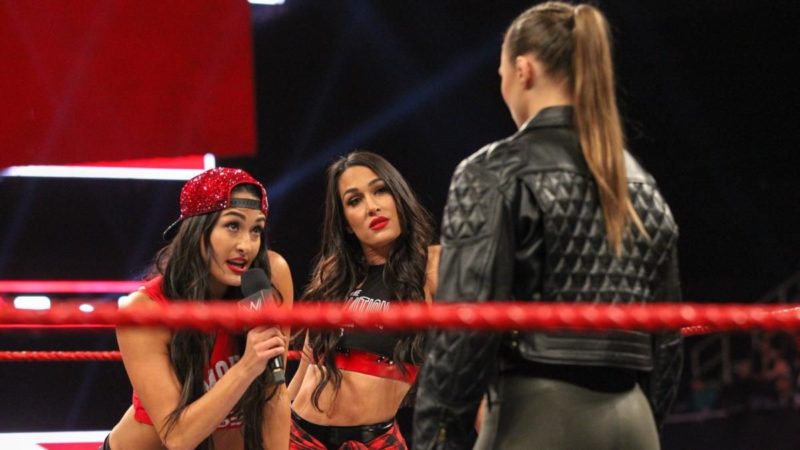 An undefeated Asuka won the first-ever Women’s Royal Rumble match at the namesake PPV in 2018 after last eliminating Nikki Bella from the match.

However, Ronda Rousey then made her debut right after the Japanese star’s victory and her arrival ended up overshadowing the results of the Battle Royal.

In her new book called Incomparable, Nikki Bella talked about the event and said that Ronda’s debut was a slap in the face of the other wrestlers:

“But it was a bit of a slap in the face to all the historic women wrestlers who had come out for the match, the main event, only to have the moment upstaged by the Ronda announcement. It just didn’t need to happen like that.”

Nikki wrote that her comments are not against Rousey but she was triggered by the fact that it dominated the post-show news cycle and it was the only thing people talked about:

“It dominated the post show news cycle and became the only thing everyone wanted to talk about—not the historic Royal Rumble and Asuka’s dominance in the league.” said Nikki Bella. “And by the way, it sucked for Ronda, too. Because that’s no way to join a team—they threw her right into the lion’s den.”