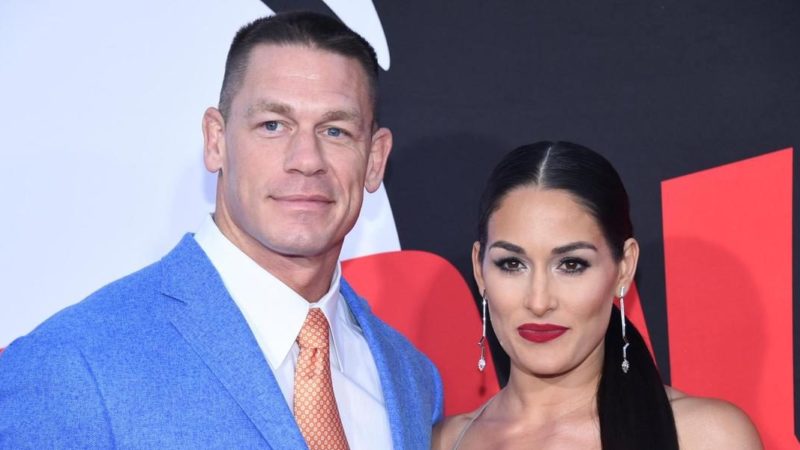 Relationships bloom and relationships also sadly die sometimes. While no one likes experiencing heartbreak, sometimes we can look back and appreciate all the other person taught us and that’s exactly what Nikki Bella did as she mentioned John Cena to thank him at her induction at the WWE Hall Of Fame…Sasha Banks Smackdown Return Spoiler Leaks.

While speaking to ET, Nikki Bella brought up her WWE Hall of Fame speech. She didn’t see it as that big of a deal that she thanked Cena as the two still respect each other even though they are no longer together. For her, it was only fitting to mention John.

Nikki: “I didn’t think anything about it because when you’re in those moments at the Hall of Fame, you really look at your career and you’re like, ‘Who was there, who helped me along the way?’ And so much of the time people will talk about themselves, and for me, I look at my career and I know that wasn’t just because of me.”

Nikki closed: “It was Brie, it was the Bella army, it was the producers, all the people that believed in me, and John was a big part of that. He really helped me be that fearless side and showed me a part of that world that I never saw before,” Nikki explains. “I think just because you have breakups or whatever it may be, doesn’t mean you can’t thank those people and just truly be so grateful for the help that they had.”