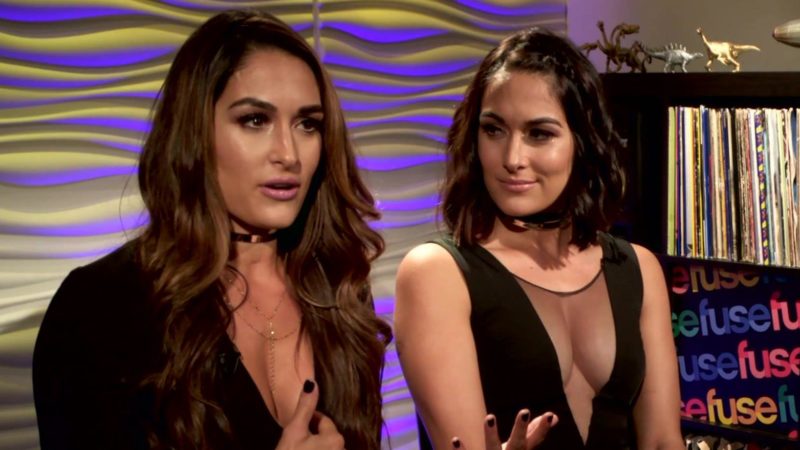 We noted before how Nikki Bella and John Cena called off their engagement after being together for 6 years in a surprising turn of events last week.

Now it appears that Nikki who has been away from the ring for a while wants to get back into the squared circle and be part of SmackDown Live.

WWE.com recently published a story about the decision they’ll like Paige to make and replying to it, Nikki said that she and her sister Brie will like to put the twin power back into the ring:

Hey @RealPaigeWWE 🙋🏽‍♀️🙋🏽‍♀️👯‍♀️ Brie and I would love to put the SnapBack, Nike kicks, jersey, flannel, headband, and twin power back on in that WWE ring! Feeling pretty ICONIC…. 😏 N https://t.co/2N7csMewUr

Interestingly, one half of the recently debuted duo The Iconics, Peyton Royce took notice of the tweet and replied saying that they need to teach the Bellas that it’s out with the old:

The timing of these tweets makes things more interesting as there have been rumors of WWE introducing Women’s Tag Team Championships on the Blue Branded Show and it would make sense for Bellas to return and compete as a team.

Would you like to see the Bella Twins returning to WWE ring and competing at SmackDown Live? Let us know your thoughts in the comment section