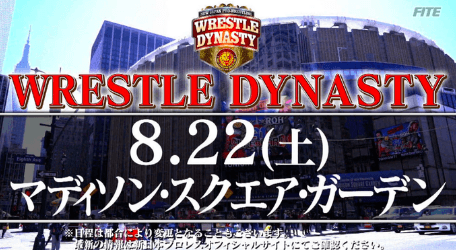 In the past few years, NJPW has grown substantially in the western world. This could be credited to the influx of several foreign Superstars into the promotion and the company’s eventual expansion into the United States with NJPW-USA.

The company had it’s New Beginning in Osaka show earlier today and during the show, a huge announcement was made. New Japan Pro-Wrestling is all set to return to Madison Square Garden on 22nd August of this year.

Last year, the company teamed up with Ring of Honour and sold out the Garden with their G1 Supercard show. Kazuchika Okada defeated Jay White to become the new IWGP Heavyweight Champion in the show’s main event.

This year’s event is titled “Wrestle Dynasty” and is said to be an event on par with the company’s flagship show – Wrestle Kingdom.

Here’s the teaser they aired for the special announcement: