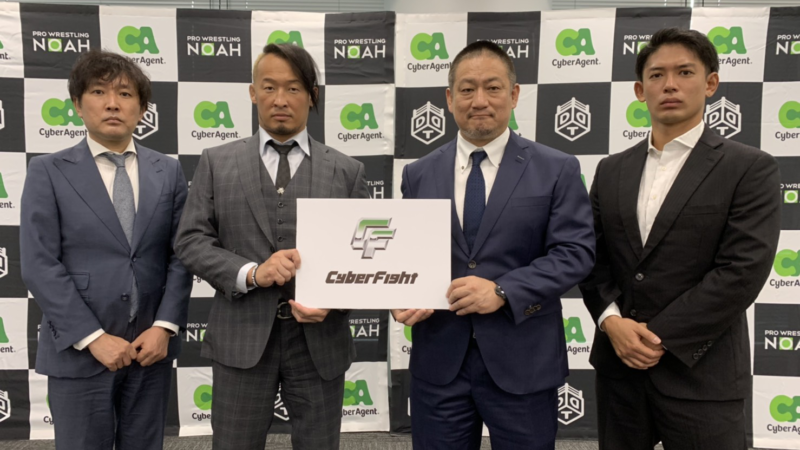 A press conference was held on Sunday, July 26th to announce the introduction of CyberFight, a merger of the two companies NOAH and DDT, into one promotion.

NOAH and DDT will merge on Sep. 1 2020 as CyberFight#ddtpro#noah_ghc#tjpw#GanPro

Seen above, DDT’s official Twitter page released the announcement late Sunday following a press conference held earlier in the day. The move to merge the two companies is a direct result of the Covid-19 pandemic and their need to streamline costs. The effects of this decision will officially go into effect on September 1st.

Both promotions, as well as Tokyo Joshi Pro Wrestling and GanPro, will continue to operate as separate brands within the promotion. Sanshiro Takagi, who recently took over as president of Pro Wrestling NOAH in January, will serve as president of the new promotion with NOAH star Naomichi Marufuji and DDT star Akito serving as EVPs.

In the press conference, Takagi stressed that the in-ring content of both promotions will remain the same.