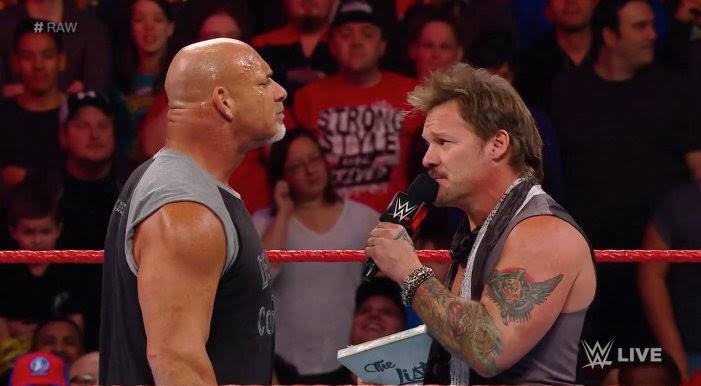 Chris Jericho, the AEW star has opened up about his relationship with former, WWE Universal Champion, Goldberg. Both the stars were at the top of their game during their stint in WCW.

Chris Jericho and Goldberg have had a tiff in the past. However, they share a cordial relationship now. During Chris Jericho’s Saturday Night Special, he revealed what he feels about Goldberg.

He revealed to have hung out with the former World Heavyweight Champion. Moreover, he said that they went on to attend many hockey games together. They have a great rapport between them

The stars have clashed against each other on multiple occasions and even had a real fight. Fans might have been wondering how the stars feel about each other now. But, Chris Jericho clarifying the doubts, fans would be relieved that they get along well.

As pro wrestling industry is a world full of surprises, it won’t be shocking if these two stars share the squared circle and have a bout one more time.

Goldberg recently had a title run in WWE having won the WWE Universal Championship twice, while Chris Jericho is enjoying his time in AEW, who became the first-ever AEW Champion.