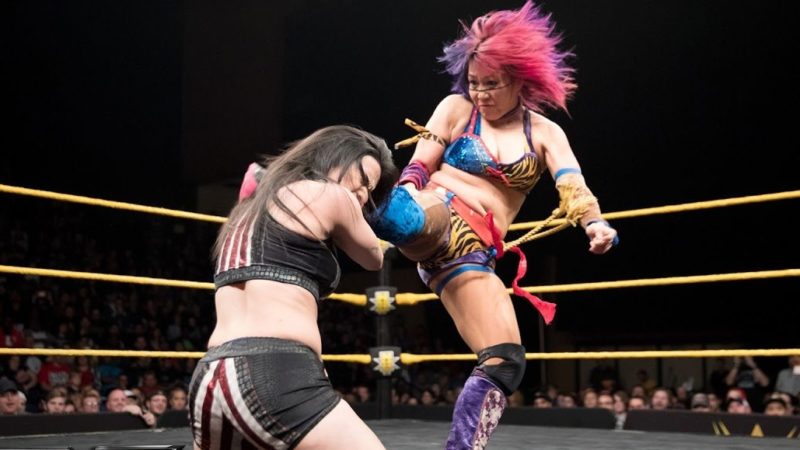 An NXT Women’s Championship match had to be stopped during Download Music Festival last night between Ruby Riot and Asuka after Riot got injured.

Later, Ruby did a Facebook interview with Kayla Braxton where she explained that Asuka threw her on steel steps during the match, resulting in her forehead getting busted open.

She was reportedly bleeding heavily from her forehead after this incident and the match was stopped by the referee soon afterwards so she could receive medical attention.

Though it’s being said that her injury was not very serious and there is no news of the female NXT Star missing any ring time.

You can watch the interview of Riot below in which she claimed that Asuka’s action exposed her fear of losing the NXT Women’s Championship: