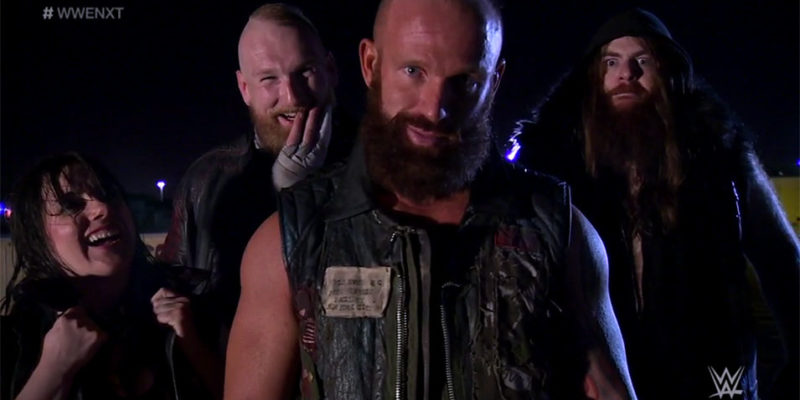 The Bar has run through every team that has set foot in front of them. From the Club to the Hardyz, to the Shield, the Bar has come out on top in the end.

This week, the Bar put another team down in the Revival. Dawson and Wilder, after Sheamus and Cesaro said there is no one left for them to beat, challenged them to a match on Monday Night Raw.

Search the globe. Find us worthy opponents for #WrestleMania… is there NO ONE willing to step-up to #TheBar? #RAW pic.twitter.com/TmXWDpEqsj

The Top Guys felt they could overthrow the 4-time champs, and put on a good fight. However, Cesaro’s Neutralizer put an end to the Revival’s dreams tonight, leaving the Bar with no one else to beat.

However, it seems that a certain Beast of Belfast is ready to step up to the plate.

With WrestleMania upon us, and no one left to face, could the Bar take on an up and coming team like SAnitY? The former NXT Tag Team Champions are currently in the Dusty Rhodes Tag Team Classic, looking to leave NXT Takeover: Orlando as two-time champions.

However, maybe they plan on leaving Wrestlemania weekend with an extra set of titles. If Sheamus and Cesaro are looking for some tough competition, it’s harder to find a deadlier team than SAnitY.