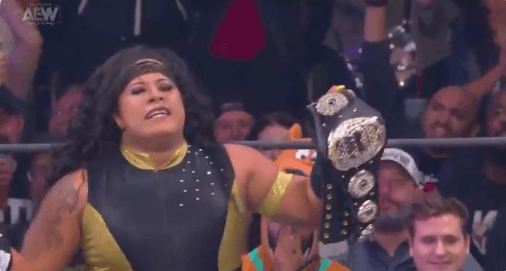 As seen on this week’s episode of AEW Dynamite, Riho battled Nyla Rose in a match for the AEW Women’s World Championship. The two women have been feuding for weeks and all that led to this match on Dynamite.

After a gruesome match of back and forth offense, Nyla Rose came out on top and successfully defeated Riho to become the NEW AEW Women’s World Champion.