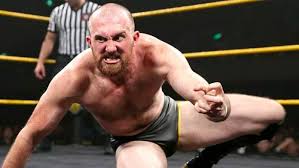 Recently Sin Cara publicly requested a release from WWE, though it is unlikely he will be granted the release. Now it seems another superstar has requested his release. This time, it is a 205 Live Superstar.

According to a report by PW Insider, Oney Lorcan has requested his WWE release. They confirmed this with multiple sources. It is reported he asked for his release at the end of October.

Lorcan had changed his Twitter profile back to his former name Biff Busick. It is also reported that WWE has not granted Lorcan his release as of yet. We wonder if WWE will decide to grant his release, as the company plans on letting some superstars go.