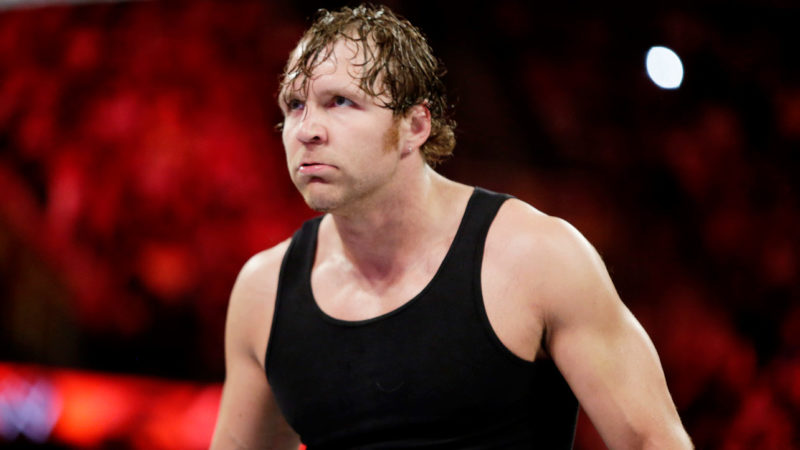 WWE announced on their website that Dean Ambrose will open this week’s episode of Monday Night Raw, though they, themselves are not sure what The Lunatic Fringe has to say:

One week after Dean Ambrose helped Seth Rollins turn back a 3-on-1 attack by The Miz and his Miztourage, The Lunatic Fringe will open Raw, live in Nashville, Tenn.

Despite having mutual nemeses in The A-Lister and his “co-stars,” a distrustful Ambrose made it clear to The Kingslayer last Monday night that they’re far from friends and that he hasn’t forgotten or forgiven Rollins for what he did to dismantle The Shield back in 2014.

What will Ambrose get off his chest when Raw goes live at 8/7 C on USA Network, and how will Rollins — and The Miz — respond?

Although this is not the only segment which has officially been announced for the show. Last week we saw Kurt Angle inviting a mystery person to Raw and we hope that the General Manager will reveal the ‘secret’ he has been hiding this week.

Also, Roman Reigns will be up against Samoa Joe for an opportunity to challenge Brock Lesnar for his title at SummerSlam. There are speculations going around about who will challenge Lesnar and rumours are that WWE may go with a Triple Threat or a Fatal Four-way match instead of a one on one bout.