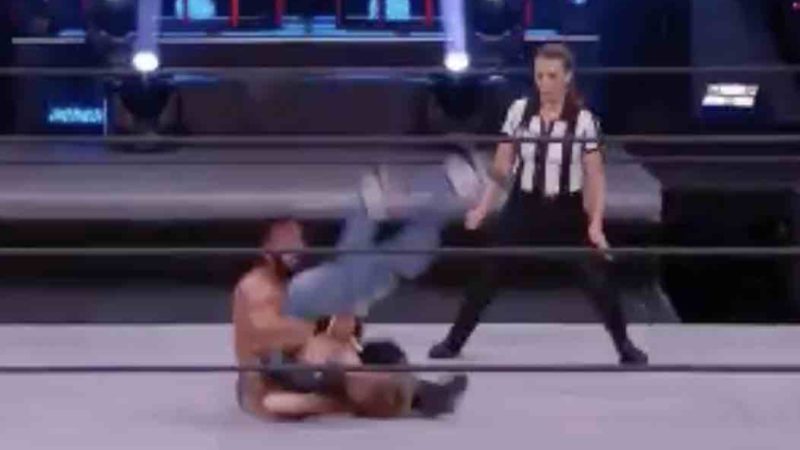 Orange Cassidy appeared to get injured during a match with Pac on AEW Dynamite, seeming out of it after a powerbomb, with the match having to end early. Tony Schiavone then informed Kenny Omega he’d defend the AEW Title against Cassidy and Pac at Double or Nothing. Ric Flair Was ‘Disrespected’ On AEW Dynamite.

John Silver discussed the ‘who the f**k is Griff Garrison’ bit on Being The Elite in a new Inside The Ropes interview.

“So this is why I think Griff Garrison is a weirdo [laughs], I’m switching this. Because I pitched it to him and he was just like ‘…Yeah. OK.’ So I’m like ‘All right, so we’re gonna do this.’ So we film this bit and even during it, we’re all laughing. After, we’re all hysterically laughing. The only person not laughing after and before was Griff Garrison.

I mean, I was in the bit and I’m off camera trying to not laugh and he’s just stone-faced! Then after we’re done, he just walks away like nothing happened. I’m like ‘Yo, Griff Garrison might be a serial killer because he didn’t laugh at any of this.’ Brodie was laughing, I was laughing, Alex [Reynolds] was laughing, we were all hysterical. So if he becomes a serial killer, I called it right here! …Which would be pretty weird.” Watch the interview at ITR.

Looked bad enough for Aubery to throw up the X…hope it is indeed a part of storyline and not something else… pic.twitter.com/85SPMWCsJt