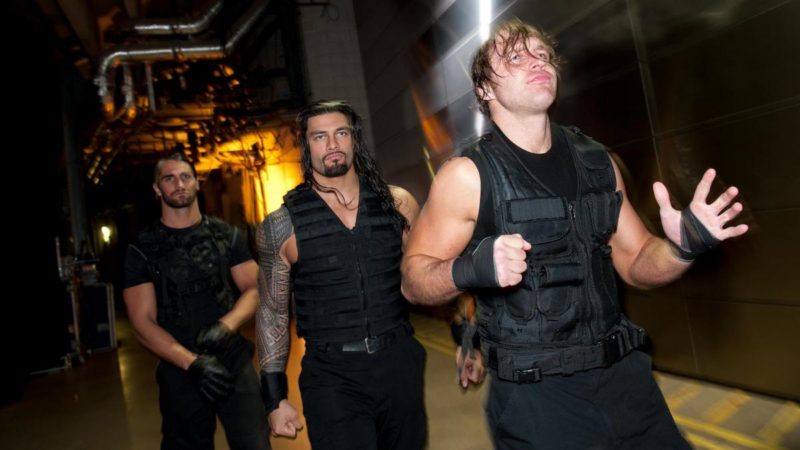 For those that recall the original Shield breakup, history could have been altered if the original plan had been followed through. The antagonist from the first break up, Seth Rollins, recently shared this anecdote on E & C’s Pod of Awesomeness:

“[The break up] was not our idea and we were not ready for that. We [The Shield] hadn’t had a run as babyfaces at the time, we had just done the heel stuff and we came off this program with [CM] Punk, where it was like Punk against The Shield. And I remember we did this three-on-one handicap match at TLC in December [2013], and we lost to him, I think, in the three-on-one match, and they were ready to split us up then. Like, within the next month.

I remember that was the plan, we were gonna break up and [Dean] Ambrose was gonna turn, and it was just gonna be, almost, thrown away. I remember we went to Hunter, or Vince, or somebody – we talked to somebody that makes decisions, and we were like, ‘We can’t do this, we’re not ready for this right now. It’s not the right time and we’ve got so much more to offer. It’s not the right time! We need to pull back on this a little bit.’

From there, we moved in to a bit of a babyface run. We worked with The Wyatt family in February. So we did the Rumble and, whatever, and then we did The Wyatt Family in February, which, they squeezed in because they thought they were gonna break us up. So there was a never a plan to work with The Wyatts, it was never gonna happen. And they’re like, ‘Well, I don’t know if we’re gonna break ’em up, we should get this match in.’

And the electricity of the two factions that had been so beautifully built up over the last few years, coming together to go to war was – the electricity for that was insane. We had a hell of a six-man tag team match with them and we had a few of them after that, but the first one at Elimination Chamber was off the charts.”

So, would you have preferred the original plan vs. what actually happened?