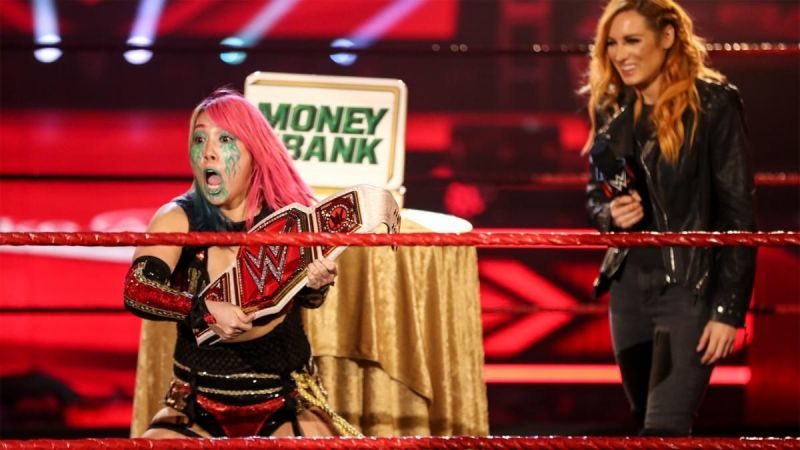 Becky Lynch’s pregnancy announcement surprised the fans and latest reports reveal that it also caused the original plans for the PPV to be changed.

According to reports from Wrestling Observer, the original plans for the show was for Nia Jax to challenge Lynch for the Raw Women’s Championship but this match was nixed after the company learned of her pregnancy.

Not only that but the plans for the Money In The Bank ladder match were changed as well and initially, Shayna Baszler was expected to win the bout.

The Money In The Bank match was taped in mid-April which means that the company was aware of Becky’s pregnancy by then and they made the adjustments accordingly.

Asuka ended up winning the ladder match at the show. Becky Lynch relinquished her title the next night on Raw and the Japanese star was declared the new champion at the same time.