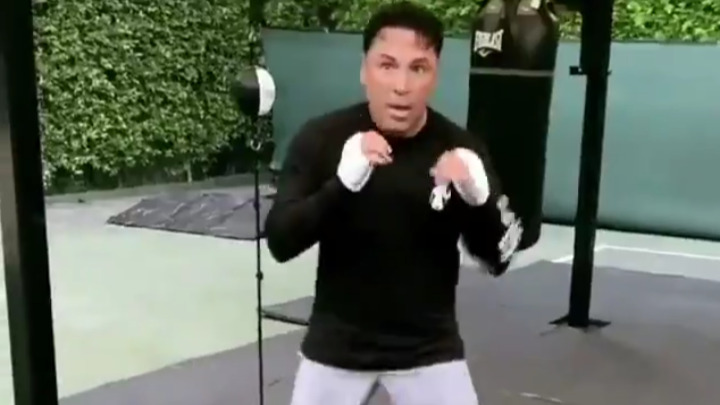 Former pro boxer Oscar De La Hoya recently took to his Twitter account and apparently took a shot at KSI, who picked yet another victory in a boxing bout.

“Can we just go back to real boxing soon?”

Can we just go back to real boxing soon?

KSI blasted FaZe Temper in less than two minutes with a stunning finish inside the sold-out OVO Arena in Wembley, London. KSI wasted no time securing the victory as he went after Temper from the opening bell.

Looking to time Temper’s attacks, the popular Londoner landed a brilliant right hand followed by a left hook and that’s all that was required.  With Temper out on the floor in the corner, the third man began to count but it was clear after a couple of seconds that the underdog wasn’t going to beat the count.

The victor was approached by Joe Fournier in the fight’s aftermath, and it appears a fight between the two could happen next as they shook hands on a potential meeting.  As well as Fournier, KSI made it clear that he also wants to share a ring with Tyron Woodley and Jake Paul at some point in 2023.

We will have to see what the future holds for De La Hoya.