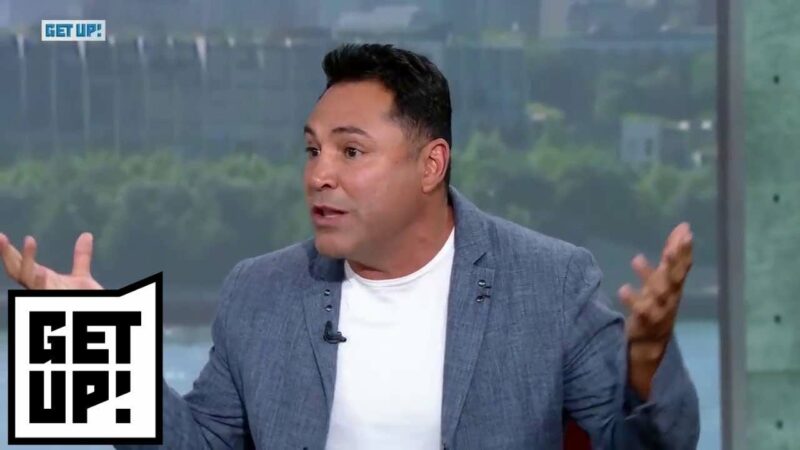 Oscar De La Hoya recently stated that he is glad that he did not go head to head with Vitor Belfort last September. De La Hoya had announced a return to the ring last year. He quickly signed with Triller Fight Club for his comeback and was matched up with former UFC champion Vitor Belfort. The bout was set for Staples Center and was supposed to be broadcast on pay-per-view.

However, a couple of weeks before the bout, De La Hoya contracted the virus owing to the pandemic and was forced to withdraw. He was replaced by former heavyweight champion Evander Holyfield, who was quickly knocked out in round one.

Oscar De La Hoya is glad that he withdrew

He recently spoke about the failed booking with Vitor Belfort while speaking on The MMA Hour. The former champion admitted that he was happy the fight fell apart. Discussing the return, the 49-year-old stated:

“I’m glad I didn’t fight this monster of a fighter because he’s a big guy, and he knows what he’s doing. He’s talented. As old as we were, we can still throw punches. We saw it with Evander Holyfield where he knocked him out. I think I dodged a bullet there.”

During the same interview, De La Hoya stated that he was done fighting. He highlighted the fact that he wants to continue with promotion and that it’s time for him to stop competing as he’s getting older:

“I’m glad that I got over [the disease] and I didn’t fight, and now I can just sit back and relax and grow some gray hairs promoting fighters. I’m done [as far as fighting]. Everything happens for a reason, and I’m glad that I didn’t come back.”

‘The Golden Boy’ was last in action against Manny Pacquiao in December 2008. De La Hoya was dominated and knocked out in the contest, and subsequently retired from the sport of boxing and decided to head into the world of promotion.

What are your thoughts on the statement of Oscar De La Hoya? Share with us in the comments section below.