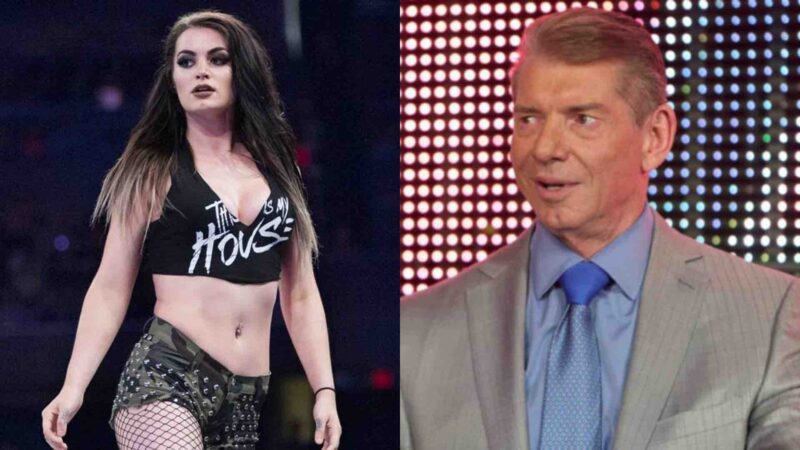 The former WWE Divas Champion Paige had been struggling with neck issues over the past few years that had put a halt on her in-ring career. She was under a contract with WWE but she recently announced that she’d soon be ending her long run with WWE. The former Divas Champion shocked the wrestling world when she announced that she’ll be leaving WWE in July. It was then revealed that WWE didn’t want to re-sign Paige to a new contract. Recently, her merchandise draw a huge amount at auction.

A “Think Again” Paige-worn authentic T-shirt brought a staggering amount. The shirt was personally autographed by WWE Divas Champion Paige on May 26th, 2014 at the Thompson-Boling Arena in Knoxville, TN. The t-shirt was recently auctioned off at auction.wwe.com. The bidding closed with a winning bid of $6,010.00.

She has been vocal about women’s rights following the controversial overturning decision of Roe v. Wade. Paige recently took to her Twitch stream to discuss the big news with fans recently. During her stream, she was asked several questions about her future. Paige said she wants to return to the ring soon, and dropped some hints that AEW could be her next destination. It has been the case that many former WWE stars have joined AEW in the past and Paige could walk the same path as well.

When she was asked about working outside of WWE, particularly for AEW, Paige did not say no. She stated when asked about AEW that if the money was right, she’d be willing to jump ship. This caused the fans to speculate more about her next move. We will now have to wait and see what is next for her in the pro wrestling scene.