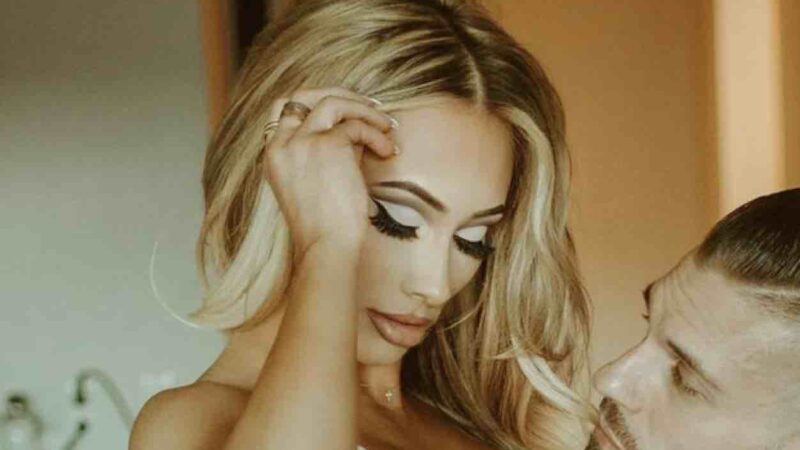 Paige and Carmella have posted Valentine’s Day photos with their partners, Ronnie Radke and Corey Graves respectively, as seen below.


John Cena sadly has not posted any photos with his wife today. John Cena is one of the biggest names in WWE. He is currently focusing on his acting career and he makes sporadic appearances in WWE. He has been the face of the company for a decade. He had donned the Dr. of Thugonomics gimmick in late 2002, following a babyface run that did not last long and failed to impress WWE Chairman Vince McMahon. Previously, John Cena’s dramatic weight loss was revealed.

Cena gained popularity with the rapper gimmick and turned into one of the most popular stars on WWE SmackDown. It was recently noted that during Sunday’s Super Bowl half time show, WWE’s official Twitter account posted a video clip of John Cena performing the song “Word Life” in his “Doctor of Thuganomics” persona.

You can see a screengrab of WWE’s deleted tweet below:

The tweet would be deleted shortly later. It received backlash from some fans. One reddit user speculates that the tweet was removed because the halftime show was so “hip hop/black focused that people see the Cena shtick as offensive or appropriation.”

Did WWE tweet and delete trying to compare John Cena to the absolute legends from the #SuperBowl halftime show?!? pic.twitter.com/GW8imBaXUA

Previously it was noted that pro-wrestler-turned actor Dwayne “The Rock” Johnson opened Super Bowl LVI with a promo that was reminiscent of his days in WWE. It was also noted how a commercial for “WrestleMania Season” aired during the first half of the Los Angeles Rams vs. Cincinnati Bengals clash.