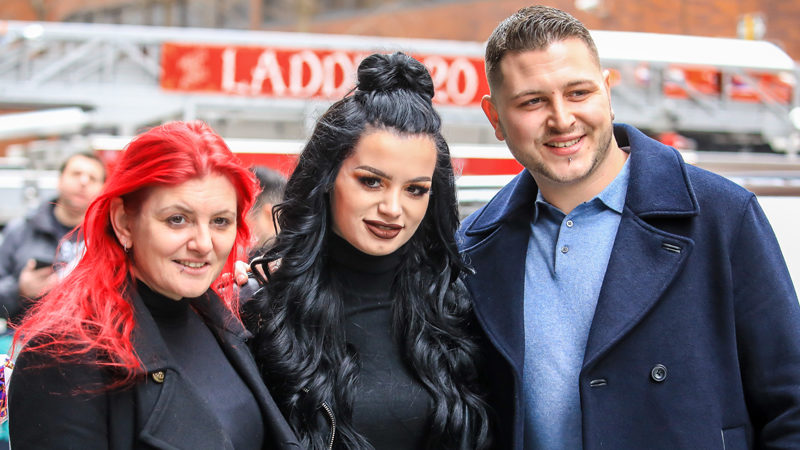 As we reported last week, Paige’s mother Saraya knight (real name Julia Hamer-Bevis) was named as part of the #SpeakingOut campaign when several wrestlers said they had been subject to sexual abuse while working with the Knight family in England.

In response, Knight posted a strong statement via her Facebook page saying she was “done” with wrestling.

Given her public support of the movement and her personal experiences with bullying, many had expected Paige to comment about the allegations against her mother and she has now posted a story on Instagram. While it does not reference the allegations directly, or even her mother’s response, Paige offers thanks to those who are offering support.

“What’s up, you guys? I’ve not had my social media for the past couple of weeks. Obviously, I told everyone on Twitch it’s a – it’s very negative as of right now. But I did wanna just say a big thank you for everyone that’s just supported my mom and my family. They have just had this outpour of positivity. And I just can’t believe how much my family and my mom is loved. And I just want to say a big thank you for all the support that you guys have given to my mom especially, you just don’t realize how many hearts that my mom has truly touched, in the wrestling world and in just the real world, you know?

“And I just think that out of all this in general: it’s bittersweet. Because my mom has had a shit-ton of flowers sent outside of her house, it literally looks like a florist outside her house. She’s also had a bunch of people from all her training seminars, and just friends in general, and people that she’s really inspired and helped and encouraged just make a bunch of videos for her and put them on the internet.

“And people are taking over my Twitch saying ‘I Stand With Saraya Knight.’ And I just think we’re just overwhelmed with how amazing you guys have been, and there is some positivity going around right now. And I think that’s wonderful. So again, on behalf of my mom and my family, we want to thank you so incredibly much. And I’m gonna post a couple of things to show you what people are doing for her. But thank you guys so much again, we’re smiling from ear to ear. Because my family just feels so loved.”

Paige’s response is sure to be scrutinized but what do you guys think of her comments here?