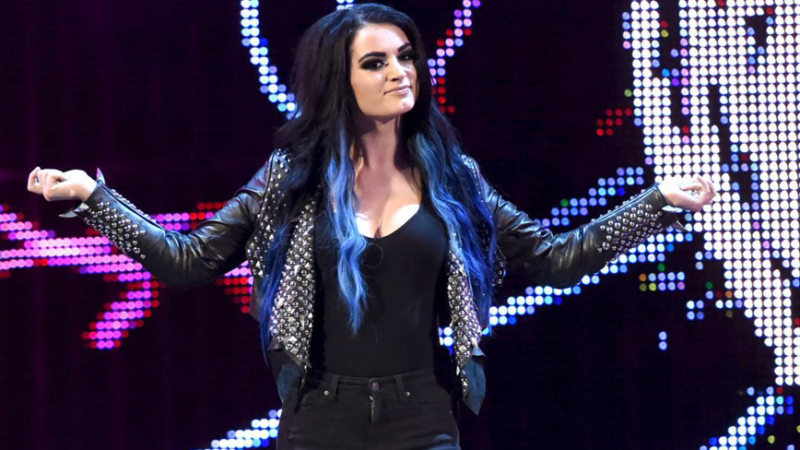 Paige has changed her Instagram photo to a black photo and deleted all of her photos, worrying her WWE fans, as seen below.

Fans hope to see Paige return to the ring someday after a long layoff, much like Goldberg did after 12 years in 2016.

He challenged Roman Reigns for his titles at WWE SummerSlam. It featured The Beast Incarnate using a tractor to destroy the ring as well. Speaking to Chris Jericho on Talk Is Jericho, Goldberg revealed that Brock Lesnar came up with the idea of a 90-second squash at Survivor Series 2016.

I never would have said this before, and I don’t think you would have said this before, but Brock Lesnar is an absolute mastermind. He really is. That is something that I never saw coming. Never, especially from a guy that talked bullshit about the business prior to getting into it, that he would never get into the fake wrestling thing considering he was a real wrestler. Lo and behold, he looks at the opportunity, takes advantage of it, and shit, he’s got a rocket ship up his butt and to the moon. It was an honor for me to still be looked upon as somebody who was a worthy competitor and worthy challenge for him. Brock is the one that came up with the 90-second deal. You know me, I’m not going to walk in and say, ‘Ah, I’ve been waiting 12 years, I’m gonna beat Brock in 90 seconds. Pay me and I’m gone.’ It doesn’t work like that. I learned a lot from Brock and I learned a lot about who he is and about how creative he is and about how unselfish he is. Those are things that people would definitely be surprised about when talking about Brock Lesnar.”