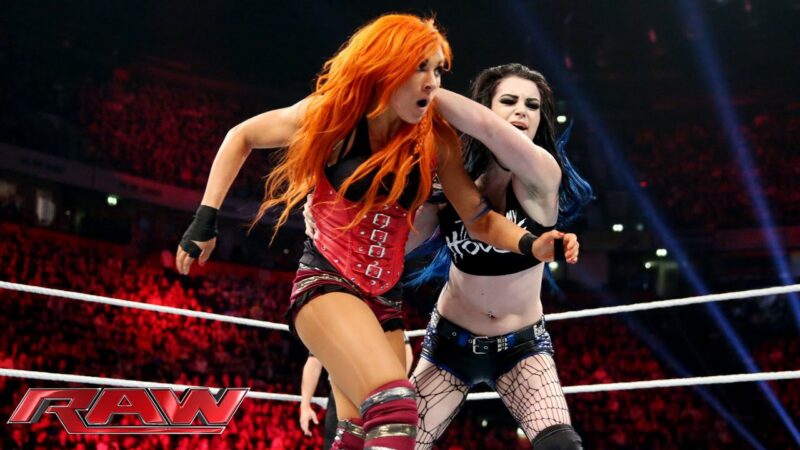 Paige just said what has been on all of our minds for a while now – or, ever since SummerSlam at least. Let’s face it, WWE booking is not as top notch as it once was. We can’t really blame the writers here because many of them come up with great ideas that get thrown out by one certain Vince McMahon as his finger is on the pulse of anything that walks, talks, and breathes in the WWE. The most recent example of poor booking was the now infamous squashing of Bianca Belair via Becky Lynch….Michael Cole ‘Apologized’ To Fired WWE Diva.

With Becky Lynch making Bianca Belair look incredibly weak, we can only wonder why WWE ever did this. Bianca looked strong ever since she got the belt just to see her get all of that ruined in under thirty seconds? Disrespectful. Paige is in Bianca’s corner though as she recently aired out how she felt about this situation.

On Paige’s recent livestream, she stated that she ‘hated’ how WWE booked Becky Lynch to squash Belair. Paige’s thoughts don’t stop there as she also stated that the entire thing did absolutely nothing for women’s wrestling. Paige was short with all of this, but she brings up some very valid and very real points.