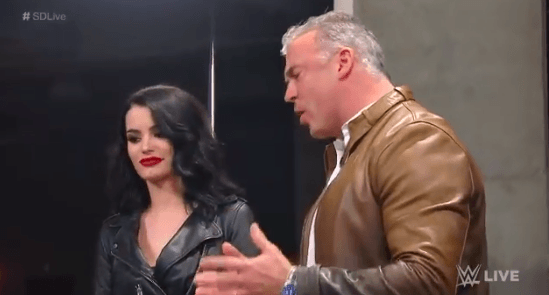 Then McMahon called up Paige on the backstage set-up and called her the “former” General Manager of SmackDown LIVE, confirming that she’s no longer the GM for SmackDown LIVE. However, Shane McMahon thoroughly expressed his gratitude towards Paige and her services as the GM.

McMahon also made it clear that Paige isn’t going anywhere but her role has changed. Paige then received a “Thank You Paige” chant from the locker-room.

It's a new era on #SDLive… pic.twitter.com/wHLje8Kofw