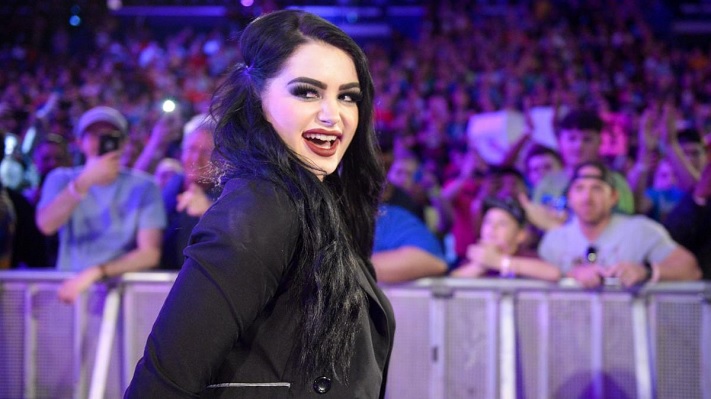 WWE star Paige keeps note of the different trends and challenges on the internet. This time around she noted the viral 10-year challenge. As the name suggests, the participants post a picture of themselves from 10 years ago alongside a current picture. The idea is to see the contrast between the pictures, and acknowledge how much one has grown. As with any other challenge, sincere participants are quickly replaced by those looking to troll or just get a quick laugh out of a trend, and Paige experienced the same. Alexa Bliss had previously sent out an emotional message to Paige.

The WWE star recently took to Twitter to participate in the challenge, but with a hilarious twist. She posted a filtered photo of herself, which led some to believe that the two-time WWE Divas Champion perhaps did plastic surgery on her face. It is an old picture which she had used to garner more Twitch viewers back in the day.

Here is what she wrote in the caption.

Wanted to hop on this Ten year challenge. January 2012 first WWE pics and me a few months ago, I haven’t aged a day.

The Royal Rumble is full of surprises and WWE decided to surprise the fans well ahead of the show. WWE has already announced 18 participants, and SmackDown Women’s Champion Charlotte Flair declared herself an entrant to make it 19. Charlotte Flair had given a preview of the Women’s Royal Rumble, where it was revealed that seven stars of the past would return. The list includes The Bella Twins, Lita, Summer Rae, Michelle McCool, Kelly Kelly, and Mickie James. This will be the fifth installment of the Women’s Royal Rumble match.

Wrestling fans have been speculating that Paige could potentially be making her return to the ring at the Royal Rumble Premium Live Event and has caused her to trend on Twitter three days in a row. The English star acknowledged this fact and suggested that she’ll continue to be trending all the way to the Royal Rumble on January 29.

“3rd day in a row trending? Rumor has it I’ll be trending probably 18 more days *crying laughing emoji*,” she tweeted.

3rd day in a row trending? Rumor has it I’ll be trending probably 18 more days 😂 https://t.co/j3BkMjvyQQ