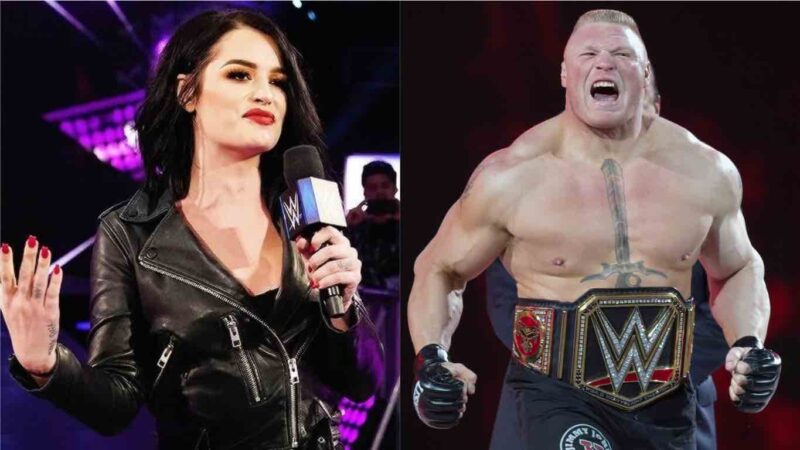 Paige went after Brock Lesnar after he walked out of WWE SmackDown following Vince McMahon being forced into retirement. Brock later appeared at the end of SmackDown, but Paige compared Brock’s situation to Sasha Banks and Naomi in a tweet.

There was speculation Goldberg would replace Brock Lesnar at SummerSlam against Roman Reigns.

Goldberg lost to Universal Champion Roman Reigns in his last televised match at Elimination Chamber back in February. Reports have emerged regarding his WWE contract. Fans speculated that it had expired but if the latest reports are to be believed, that is not the case.

Is this is true, Michael Cole better bring that up on commentary saying he let the WWE Universe down. https://t.co/iN1qjJVmRR

Goldberg is still under WWE contract

Joseph Staszewski of the New York Post recently reported that the WCW legend told him that while his match against Reigns earlier this year was the last match on his current WWE deal, he’s still under contract with the company. While Goldberg doesn’t have any matches left on his current WWE deal, he’s still waiting for the call from the promotion to return to action.

“I’m still waiting for that one [call] to happen one of these days,” The WCW legend said. “But I suppose you never retire in the wrestling world until you’re dead, so who knows. Hey, I may never get the call, you never know. But you bet your ass I’ll be ready.”

Goldberg had stated that his shoulder was “absolutely destroyed over the past four or five years” but is finally starting to feel normal again by rehabbing the injury every single day:

“I have worked my ass off day, after day, after day to get to a point where I feel almost normal again,” The WWE Hall of Famer said. “I just kind of needed that break. I needed the mental focus of understanding that surgery wasn’t an option at the time and I needed to put my ass to the grindstone.”

The latest episode of Biography: WWE Legends, which is dropping this Sunday, July 17, on A&E will cover the career of the multi-time WCW and WWE world champion, Goldberg.