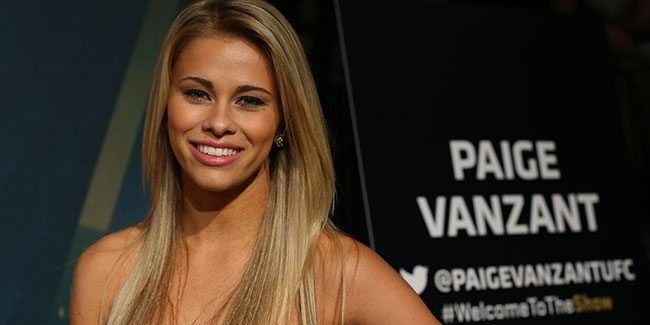 UFC strawweight fighter Paige VanZant could be SummerSlam bound according to recent rumors. It’s thought there may be an informal talent exchange brought around by Brock Lesnar’s upcoming UFC appearance.

Mike Roberts, VanZant’s manager, has confirmed that talks are ongoing with WWE and it would be no surprise if the company are trying to capitalize on the young talent’s crossover appeal.

VanZant is also reportedly drawing interest from Hollywood and could star in a Kickboxer movie reboot in 2017.