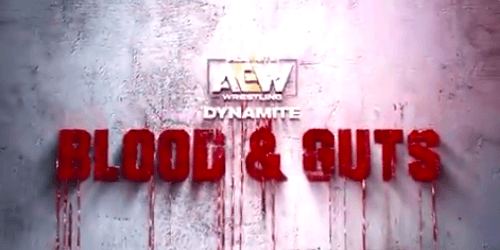 A special edition of AEW Dynamite will be held on March 25th. The first-ever Blood & Guts match will be taking place on that day.

WWE owns the rights to the term “WarGames.” However, AEW wanted to do the match regardless. Now the participants for the match have been revealed.

All Elite Wrestling took to Twitter and announced that The Inner Circle will be facing off against The Elite.

MATCH ANNOUNCEMENT#AEWDynamite: Blood & Guts
Newark, NJ | @PruCenter – March 25th!⁠
It’s the #InnerCircle vs. #TheElite in your main event!
Rules will be announced this Wednesday on Dynamite!

This will certainly be a match worth watching and it might be a very bloody affair, as the name implies. The rules for the match will be announced on the upcoming episode of AEW Dynamite.