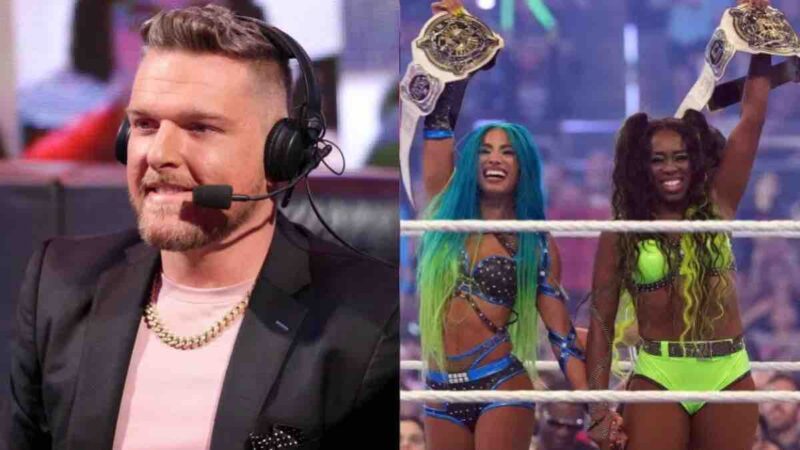 It has been recently noted on the latest edition of Friday Night SmackDown that Sasha Banks and Naomi have also been indefinitely suspended from WWE and had their WWE Women’s Tag Team Titles stripped. Even their merchandise was pulled from the online shop.

Pat McAfee reveals when he got to know about the suspension

On the recent episode of his radio show, The Pat McAfee Show, the SmackDown color commentator went on to disclose that he had no clue what was going on and didn’t know about the suspension. He also revealed that he was totally unaware of the tag-team being stripped of the titles until Michael Cole made the announcement.

“The Sasha-Naomi thing, that was my first time hearing what Cole was saying live there. I have no idea what to think there. I have no clue. This is a very fascinating thing. She’s [Sasha] a superstar, they were our champions. What’s happening? I honestly have no idea what to believe in this whole thing, they keep me out of the loop on everything. I have f**king idea while Cole was doing his thing I was very fascinated. What is going on right now? I wish I had more answers for people. A couple of people asked me during my chat with Pat on Saturday what was going on. It’s like f**k I feel like you know more than I do literally as it was happening.”

Pat McAfee confirmed today that this was a legit reaction. He had no idea that Sasha and Naomi would be suspended by WWE. pic.twitter.com/osLTmEZdNl