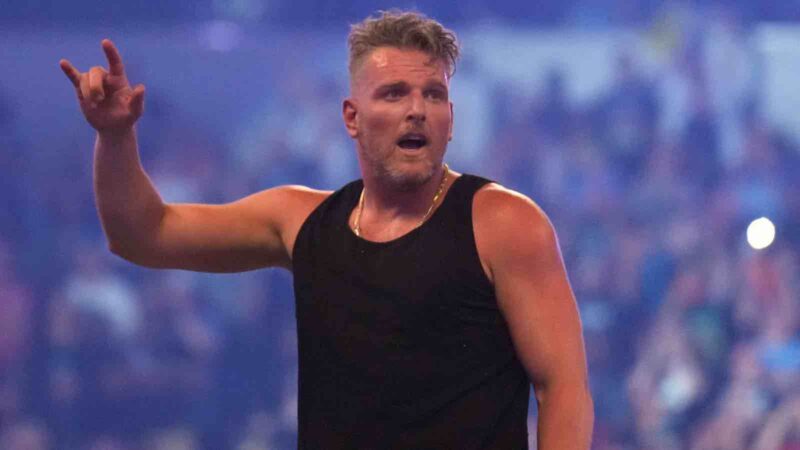 Pat McAfee has been away from WWE television due to his NFL obligations. Michael Cole and Wade Barrett have been working as part of the commentary team on Friday Night Smackdown till then.

According to a report by Xero News on Twitter, Triple H really wants Pat McAfee back.

Triple H reportedly wants Pat McAfee back on commentary for the Road to WrestleMania – so I would expect him back soon. I wasn’t told if he will be in the Men’s Royal Rumble match, but it would not surprise me as he is not scheduled to call the show with Cole.

Serving as a guest on “The Sessions with Renee Paquette,” Mansury discussed first seeing McAfee’s work as an online personality.

“Michael Cole and I were looking for new voices for the Kickoff shows, just to kind of get out of WWE in-house voices,” Mansury said. “I remember seeing a bunch of Pat’s stuff on Instagram. He was at Barstool at the time, and I was like, ‘That’s a guy and he’s a wrestling fan.’ Cole sets up to bring Pat in and we struck up a friendship.” Mansury said that when McAfee found out that he was leaving WWE during the COVID-19 pandemic, the former NFL punter invited him to Indianapolis. Mansury ended up being an Executive Producer for Pat McAfee Inc. for close to a full year.