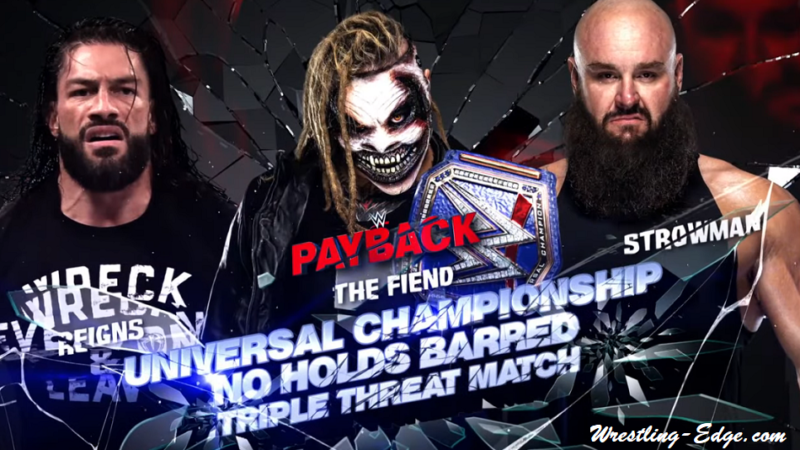 In a surprising development following Roman Reigns’ return at SummerSlam 2020, ‘The Big Dog’ has a new “advocate” in his corner… and it’s Paul Heyman!

During the August 28th edition of Friday Night SmackDown, fans witnessed a jaw dropping last few minutes of the show as Roman Reigns appeared  to be aligned with Paul Heyman as the show went off the air.

With WWE producer Adam Pearce running up and down the locker room trying to get Reigns, Strowman and The Fiend to sign their contract for the Triple Threat main event this Sunday at Payback, Reigns was the final holdout as Vince McMahon put the pressure on Pearce to get the top star to signed.

To start the show Vince McMahon had put the pressure on WWE Producer, Adam Pearce. Throughout the show fans watched as Pearce visited the Firefly Funhouse for a signature from Fiend, though he settled for Bray Wyatt as the two were… close. Wyatt agreed after making Pearce nervous. Next was Braun Strowman’s turn to sign. Strowman demanded Pearce supply Drew Gulak to the WWE ring and only then would he sign. Pearce once again complied. Through the evening, Pearce had multiple failed attempts at knocking on Reigns’ dressing room door.

Finally Pearce was able to get Reigns face-to-face, only to have Reigns decline signing! Instead, Reigns opted to use the famous Paul Heyman’s go-to response of, “it’s not a prediction, it’s a spoiler”. As the camera panned to him, Heyman immediately followed up by adding, “Believe. That.”

Whether heel or babyface, with Reigns teaming up with Paul Heyman after Friday’s SmackDown, Reigns made one thing perfectly clear. That he would be at Payback to take back the title he never lost.