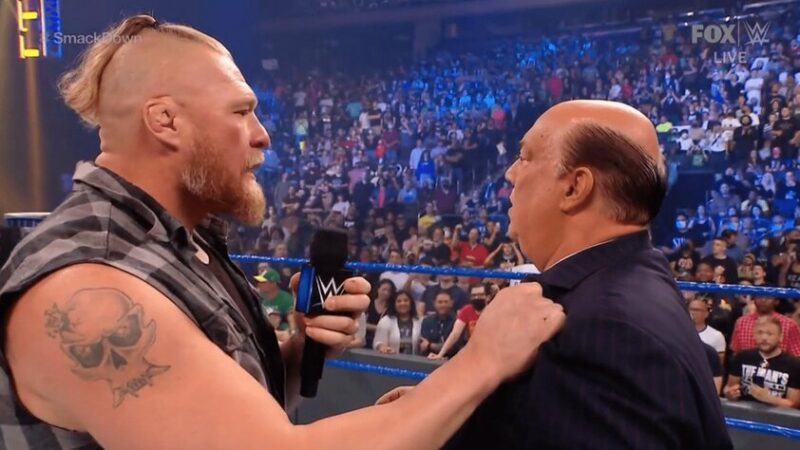 Paul Heyman had been the on-screen ‘advocate’ of WWE star Brock Lesnar. ‘The Beast Incarnate’ had defended his WWE Championship against Drew McIntyre at WrestleMania 36 in 2020. McIntyre had defeated Lesnar and won the world title for the very first time. McIntyre got the opportunity to face the three-time Universal Champion after winning the 2020 men’s Royal Rumble match. Elias Drops Bray Wyatt Firing Bombshell

It turns out that Lesnar could have had a different opponent at WrestleMania 36 if Heyman had got his wish. He wanted Lesnar to face current AEW star Malakai Black, who was then known as Aleister Black in WWE, to face The Beast Incarnate at The Show of Shows.

Dave Meltzer of the Wrestling Observer Newslettter recently stated that Heyman wanted Black to be in McIntyre’s position at The Show of Shows, but WWE Chairman Vince McMahon had other plans. Heyman wanted the former NXT Champion to win the title from Lesnar at WrestleMania 36. McIntyre and Brock Lesnar headlined night 2 of WrestleMania 36, while Black faced Bobby Lashley on the same day in a singles match and got the win against the future WWE Champion.