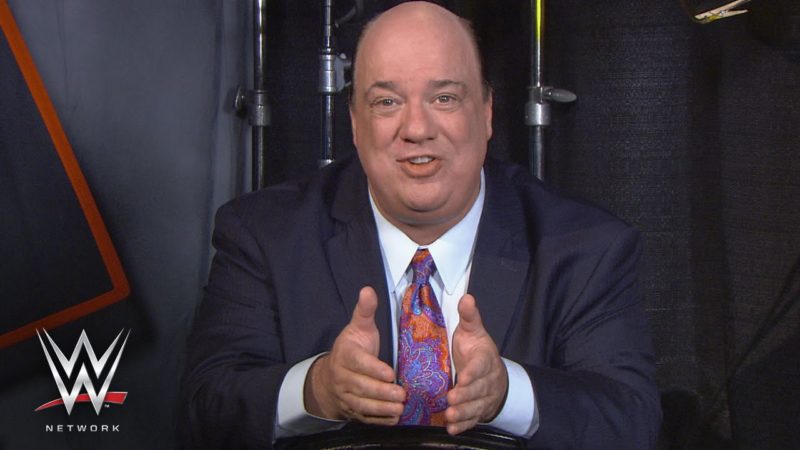 Paul Heyman, who has been in the pro-wrestling industry for more than three decades recently had an interview with TalkSport. He recalled his stint in WWE as Monday Night Raw’s Executive Director.

Paul Heyman has been remarkable both on and off-screen

Paul Heyman is currently the ‘Special Counsel’ to the WWE Universal Champion Roman Reigns and works on-screen. But, during the interview, he mentioned that he enjoys his time behind the screen more.

“I’m one of those people that enjoy the behind the scenes aspect as much as I enjoy the on-camera aspects of this industry. And it’s two totally different spiritual highs that I’m blessed enough to be able to enjoy in my life.”

ALSO READ:Two WWE Superstars were seemingly told by Stephanie McMahon that only they were profitable

Heyman addressed the time as executive director to be the ‘career highlight’ and truly he has been top of his game, also to be mentioned that he helped young talents grow in the business.

“Working as the executive director of RAW was a career highlight for me. I enjoyed every single solitary minute of the job, and the biggest reason I enjoyed it so much was because I got to work with so many insanely talented people, such as the names you mentioned.”

He has also assisted Raw stars like The Street Profits, Angel Garza, and the current WWE Champion Drew McIntyre to reach the heights of success.