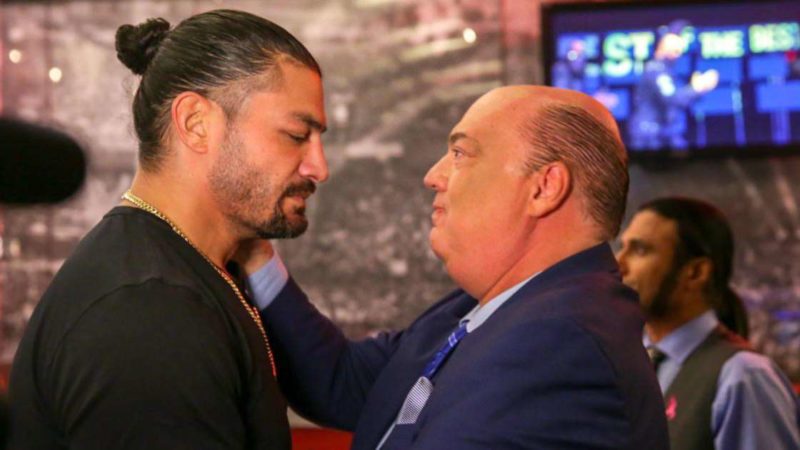 In an interview with Sports Illustrated’s Justin Barrasso, “The Special Counsel for the Tribal Chief” Paul Heyman spoke at length about his relationship with Roman Reigns and the impact his return has had on the roster:

“With all humility aside, this is the biggest move WWE could make with its talent at the moment. We have the tenured, still-young, just-hitting-his-prime WrestleMania main-eventer, the undisputed No. 1 star in WWE, and he’d been off for seven months. Didn’t even appear at this year’s WrestleMania. Now he’s ready to come back, and he returns with someone that has been on top and been associated with top acts for 30 years. However you define me, whether it’s as a manager, an advocate, a supporting mouthpiece, and now special counsel to the tribal chief, I have been with more WWE and universal champions than anyone. And now these two acts are together for the first time.”

“Roman Reigns coming back to WWE gives everyone on the roster an opportunity to redefine themselves. They now inhabit what I refer to as ‘The Island of Relevancy.’ Roman Reigns is the headliner, which instantly makes everyone relevant. He is the single biggest superstar of the past decade and remains that today. Everyone gets a chance to redefine themselves in the orbit of the tribal chief, the centerpiece of WWE.”

While his new relationship with Roman Reigns is intriguing, there are questions about what it means for his longtime client, Brock Lesnar:

Heyman is now special counsel for Roman Reigns but clearly still advocating for Brock Lesnar, and it will be interesting to see what that means for the future.

Do you agree with Heyman’s comments that Reigns’ return increases the relevance of WWE’s roster?