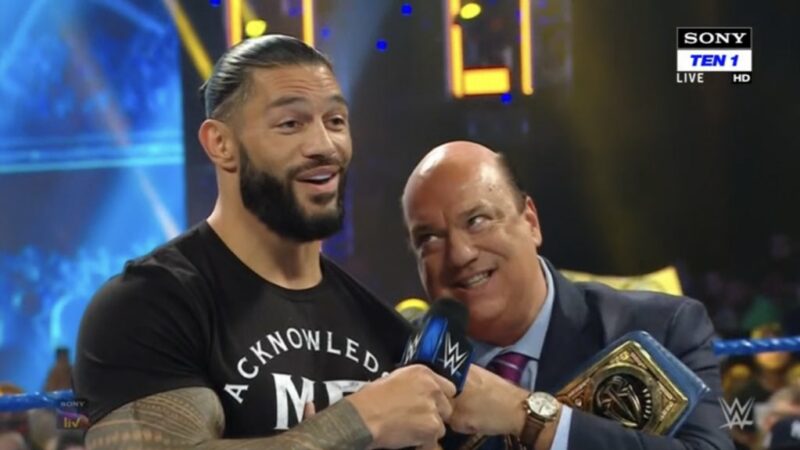 Drew McIntyre remains one of the top Superstars in all of WWE and has competed against the best stars in the company. He is also a former WWE Champion as he won the title on two different occasions. Drew McIntyre was unable to win the WWE Championship from Bobby Lashley on Night One of WrestleMania despite his best efforts. In a repeat of what took place at WrestleMania 37 last year, Drew McIntyre competed against Bobby Lashley and Braun Strowman for the WWE Championship on Sunday’s WWE WrestleMania Backlash pay-per-view. Despite putting on an incredible performance, the Scottish Warrior was not able to win the WWE Title again. Drew McIntyre could also be going to a new pro wrestling promotion.


Drew McIntyre also lost to Bobby Lashley at the WWE Hell In A Cell pay-per-view and lost the right to challenge for the WWE Championship. He then made his way to Friday Night Smackdown. He is now currently feuding with Roman Reigns and The Usos on the blue brand.

While speaking to Josh Martinez of Z100 on his Superstar Crossover podcast, Drew McIntyre stated that he is open to working iwth Paul Heyman in the future.

If you say ‘anybody,’ right away, Bobby Heenan is someone who comes to mind. But at the same time, you know, I’ve been around Paul Heyman when he’s been managing some of my opponents like a Brock Lesnar and a Roman Reigns, and I saw what he’s been able to do for them. He is someone that has advised me throughout the years, especially when I was younger and he’s a very, very smart individual.

There’s a reason he’s been around for so long, even though he’s been able to cause a bit of heat throughout his career. He’s not shy to speak his mind, and most of the time it’s because he’s right, and some people don’t like that. He’s kept himself within the industry because he is that good. So I may have to go with Paul Heyman and there may be something interesting down the line, you’re talking about a bad Drew and a Paul Heyman. Again, we’re just playing fantasy booker here, that could be interesting.”