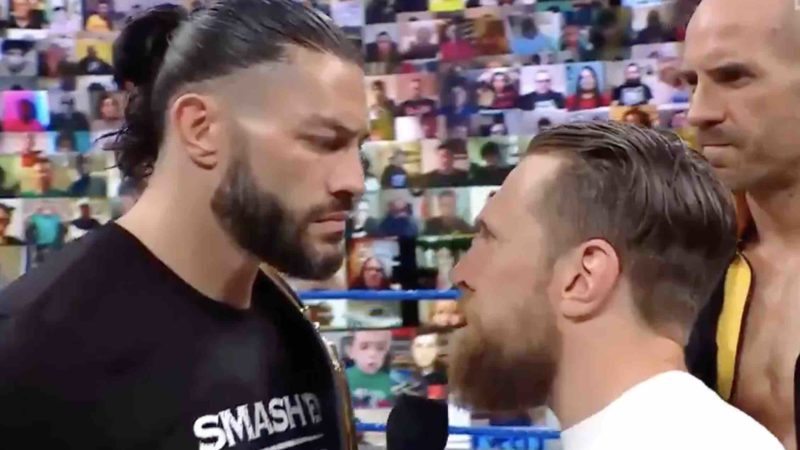 Paul Heyman appeared on WWE’s The Bump and gave a ‘spoiler’ for Roman Reigns’ upcoming title matches, including next week where if he beats Daniel Bryan, Bryan is gone from Smackdown. Reigns told Bryan on Smackdown he ‘doesn’t want to see his face again’ if he loses. Paul Heyman stated that Roman Reigns will not be losing the WWE Universal Championship for the calendar year of 2021 and perhaps even beyond that. Heyman’s statements aren’t predictions, they’re spoilers.

“After what I saw at #WrestleMania, @WWERomanReignsis not losing the Universal Championship for the calendar year of 2021 and maybe beyond.” –

Currently, it seems Roman Reigns might be squaring off against Daniel Bryan and WWE Hall Of Famer Edge again at next month’s WWE WrestleMania Backlash pay-per-view. We will have to see whether Roman Reigns truly will be able to retain his title again and remain champion till the end of the year.

It's Roman Reigns vs. Daniel Bryan for the Universal Title next week on #SmackDown pic.twitter.com/YNH88g5m25

"After what I saw at #WrestleMania, @WWERomanReigns is not losing the Universal Championship for the calendar year of 2021 and maybe beyond." – @TheMattCamp@HeymanHustle #WWETheBump pic.twitter.com/3FIpW95QVe