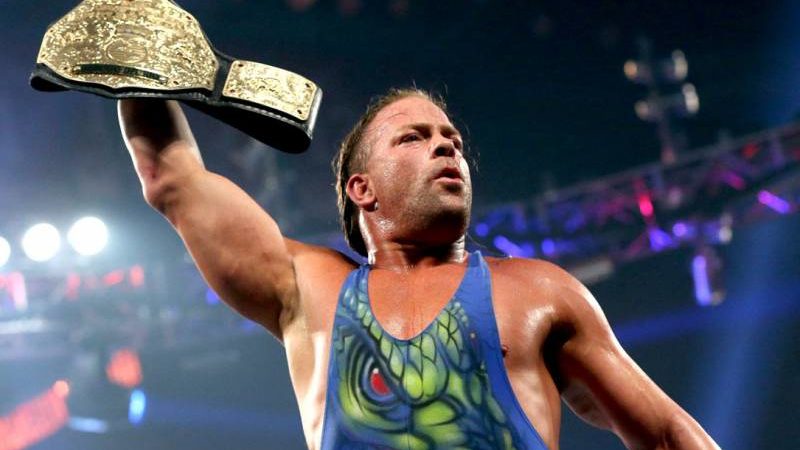 Paul Heyman just posted a photo confirming Rob Van Dam returning for the WWE Hall of Fame. He said, “I am not going to reveal whose @WWE #HOF induction video I just particapted in, but…”

One star who will never get into the Hall of Fame is Chris Benoit. At WrestleMania XX, Chris Benoit and Eddie Guerrero ended the show as the two hugged it out. The two were the WWE Champion and World Heavyweight Champion and it is still regarded as one of the most iconic moments in WWE history.

On the latest episode of the Grilling JR Podcast, Jim Ross talked about the infamous WrestleMania XX moment between Guerrero and Benoit and what it meant to him.

“I know it was celebratory as hell when [Jerry] Lawler and I finally got to the back,” Ross said. “A lot of tears. Not just from Eddie and Chris, a lot of tears from other guys. They were legitimately emotional and were so thankful that they saw two of their peers have career nights in the world’s most famous arena at the world’s most famous wrestling event and they were just glad they were there to witness it.

“That’s the brotherhood that’s sometimes overlooked in this business and it shouldn’t be. Everybody was happy, I can recall that the post-WrestleMania party was very festive, everybody was happy. I’m privileged to be a part of that day. It really means something to me to this very day all these years later.”

Jim Ross then talked about what Vince McMahon thought about the moment as well.

“The guys on the roster and a lot of us that were close to Vince kept encouraging him that were traveling in the right direction,” JR said. “These two guys would be great representatives and would ensure every time they’re in the ring they’re going to put on the best match or solid at worst. I just think it took a little bit of gentle persuasion. It took him a little bit of time, breaking old habits, breaking the mold.

“He saw that those two guys’ peers were very supportive of them and I think Hunter and Shawn looked at potential opponents going forward, how good does it get? You got Eddie and Benoit that you could be booked with. That was another reason, everyone wanted to work for Benoit or Eddie, why wouldn’t you? I think it took [Vince] a little while but it soon became evident and they had such overwhelming support from the locker room that it could not be ignored.”

I am not going to reveal whose @WWE #HOF induction video I just particapted in, but… pic.twitter.com/HrIuFZaWtI