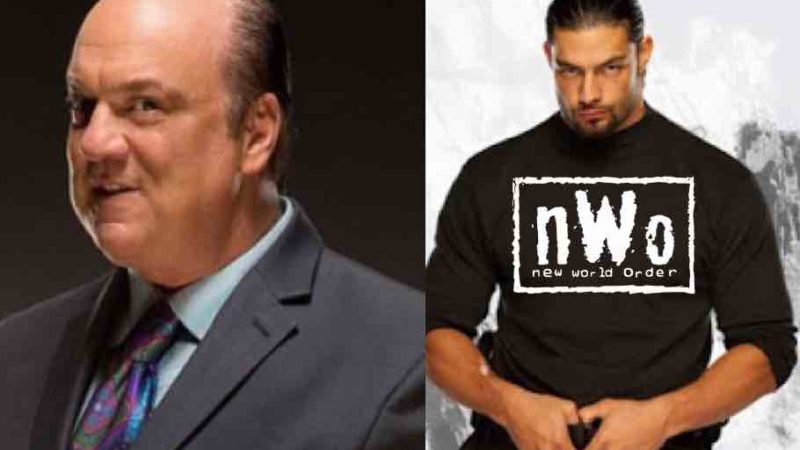 During the most recent edition of Talking Smack, WWE personality and interviewer Kayla Braxton asked ‘The Tribal Chief’ Roman Reigns’ special counsel, Paul Heyman, if he felt Jey Uso would throw his position in the elimination chamber at the equally titled Pay-Per-View. This is because whoever wins the Smackdown elimination chamber match will automatically face Roman Reigns for the Universal Championship. Kevin Nash named which current female WWE Superstar he would choose to be in nWo not too long ago.

Heyman scoffed and went: “What, like the outcome is pre-determined? What is this, the finger poke of doom?” visibly throwing off Braxton from her line of questioning and insinuating that the very same instance could happen at the upcoming Elimination Chamber pay-per-view. The finger poke of doom took place on the January 4th 1999 edition of WCW Monday Nitro in which during a WCW World Championship match, Hulk Hogan lightly poked Kevin Nash on the chest which caused him to theatrically throw himself back onto the mat and allow Hogan to pick up the pin fall victory. A Jey Uso and Roman Reigns moment recreating this iconic storyline is entirely possible to end Elimination Chamber based on their relationship.

WrestleMania 36 – The WrestleMania too big for just one night – was full of shcoks and surprises, capped off by the most shocking, surprising match in WrestleMania history: The Firefly Funhouse match between Bray Wyatt and John Cena. Nobody knew what to expect, leas of all John Cena.

From the moment the match started, it was clear this was no ordinary contest. Rather then bell-to-bell action, the firefly funhouse match was a waking nightmare. Cean relived career moment after career moment, each twisted with fabricated failures. All except for one moment that never happened where John Cena abandoned his legacy as a hero of the people, and joined the NWO. In the end, it was another illusion of Wyatt’s making. Cena sank deeper into his own personal horrors within the funhouse, and has not been seen in WWE since.

You can pre-order the figure here.

Case in point: Heyman questioning if she knows what the finger poke of doom is this week. pic.twitter.com/7I0QDCStJB