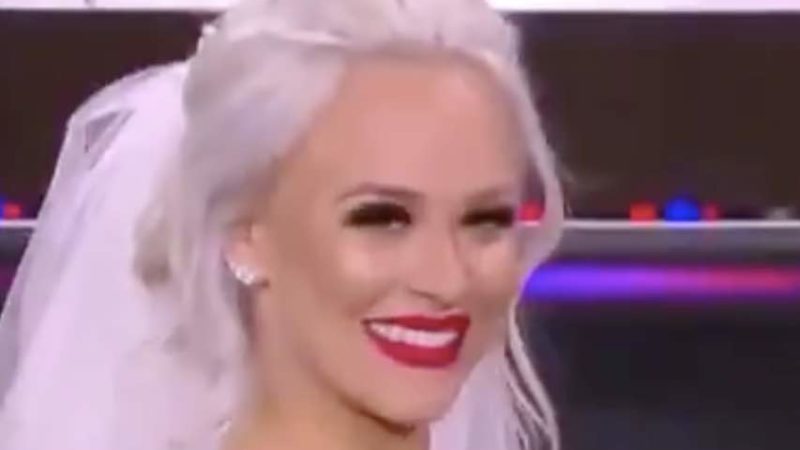 Penelope Ford married Kip Sabian on AEW Dynamite tonight, leading to many fans wanting to celebrate by looking up beautiful photos of Ford. Ford has uploaded several pool photos since joining AEW a couple of years ago, and you can view highlights below.

Ford’s wedding segment with Sabian was one of the best in recent memory, with the ‘Sinister Minister’ James Mitchell of ECW and TNA fame officiating the festivities. Ford and Sabian exchanged some suggestive vows, with Kip hinting that Ford’s cleavage and overall being hot attracted him to her, while Ford also discussed Sabian’s good size.

Miro stopped the idea of anybody objecting to the wedding, a reference to his past in WWE. He also mentioned that his toughness and bad assery was his gift to Kip in a toast. Chuck Taylor then offered up a gift, and Miro seemed to think Orange Cassidy was in the box and destroyed it. Taylor then handcuffed Miro and attacked Sabian, pushing him into Penelope, which launched her into the cake. Popping out the cake box then was, of course, Orange Cassidy.

While the wedding ended in disaster, kayfabe wise it went off better than many wrestling weddings, as Ford and Sabian actually did get married. Also, nobody was drugged like during the Triple H and Stephanie McMahon drive through wedding in 1999, which actually interrupted the Test and Stephanie wedding.