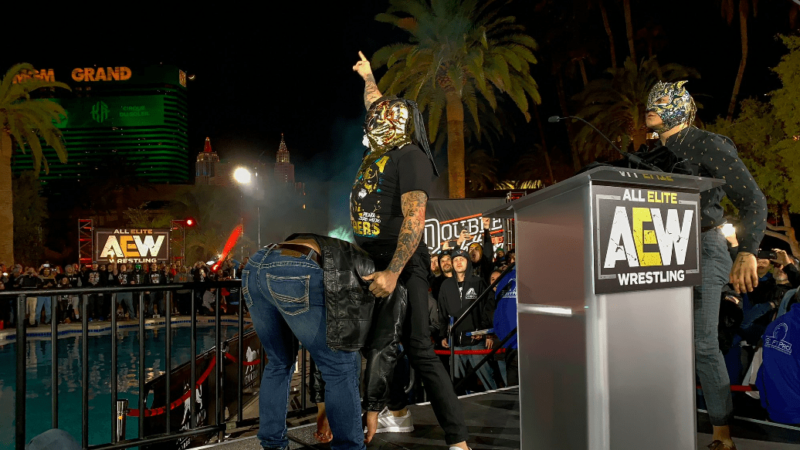 On the latest episode of Being the Elite, Pentagon Jr and Rey Fenix were invited by the Young Bucks to be a part of the AEW roster. During this confrontation, the Young Bucks called the Lucha Brothers “the second best tag-team in the world” and that didn’t sit well with the latter.

The Lucha Brothers, who had been busy capturing tag team gold and defeating the best teams in the world over the past year, felt that no team could touch them. Tonight, they looked to make a mark and remind the Young Bucks who they are.

At the Double or Nothing Ticket Announcement event, the Lucha Brothers invaded the conference and attacked the Young Bucks. Fenix took out Nick Jackson with a superkick while Penta laid out Matt with the Fear Factor.

After this, the Lucha Brothers claimed that they’re the best tag team in the world, and looked to prove it at AEW Double or Nothing.