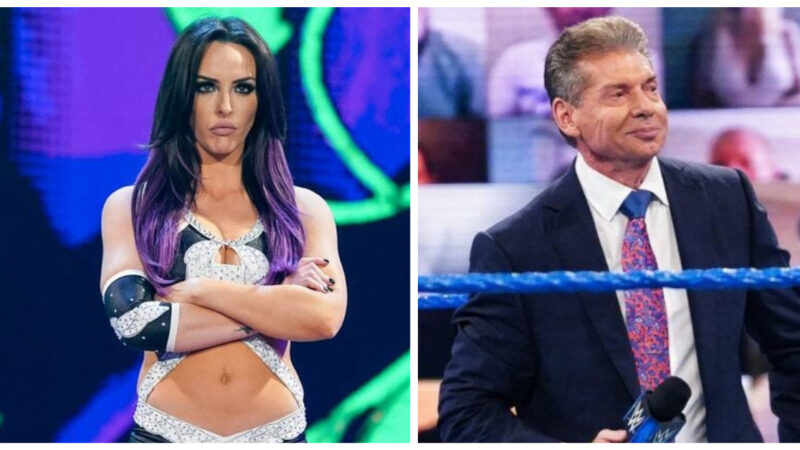 Did Vince McMahon fire Cassie Lee, formerly known to WWE audiences as Peyton Royce because she was too ‘boring’? According to her own admission during a recent podcast interview, it very well might have been the case. During the interview, the ex-Royce was in a meeting with WWE executive Vince McMahon who asked her what she likes to do to fun. This is when Lee stated that she just ‘just liked to watch TV with her dogs and to be home on her off days’. Is Vince McMahon ‘allowing’ WWE stars in AEW?

After McMahon allegedly stared at Royce when she gave this answer, she then would apologize to McMahon saying that she’s ‘boring’. Wrestling-Edge transcribed the comments of the former WWE star.

Lee: This is when you were drafted to Smackdown and I decided to put on my big girl panties and talk to Vince [McMahon]. I had in my head what I wanted to say but he brushed it off very quickly and I went ‘crap’. I had an idea that I wanted to present and he wanted to discuss other ideas – but I didn’t have other ideas, this is what I wanted to talk about and put my time and effort into. Vince says: “What do you do for fun?” Me being me, the introvert and the homebody that I am I had to let him know that I like to sit on the couch with my dogs and watch TV.

Lee continued: He just stared at me and in my head I’m just like, ‘make something up’ and I couldn’t make anything up – nothing was coming out. I’m not a liar. I feel like he could have seen right through that. I basically said to him ‘I’m sorry, I’m boring’ and I just like to be home on my off days’. I didn’t contribute much during that unfortunately and that’s probably why I lost the job.