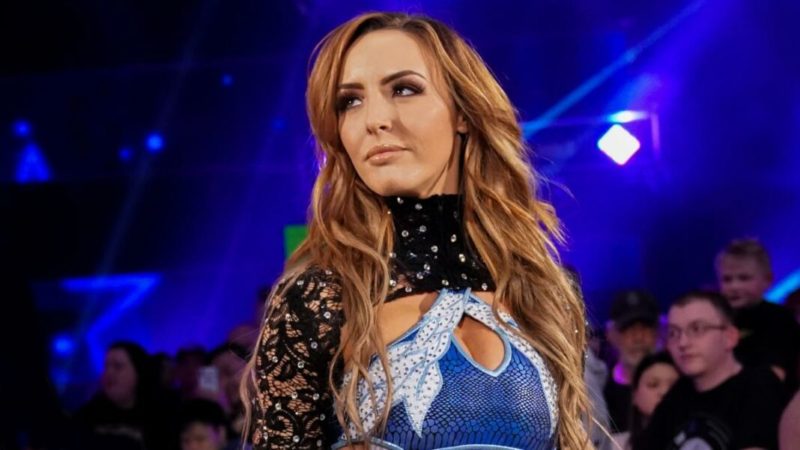 It was recently that former WWE star Peyton Royce was released from the company. She now goes by the name Casie Lee. It is not known where she would end up but she did made a Tweet that could mean something. WWE ‘Sad Excuse’ For Peyton Royce Firing Leaks

Shawn Spears, the member of Pinnacle is the husband of Royce. It seems that the former IIconics member is keeping a close look on AEW as she posted a Tweet in regards to Spears.

Royce has recently filed a trademark for her new in-ring name. She is now known as Cassie Lee which is an ode to her real name Cassie.

The former Royce identified on her consent-for-use form as Cassandra Lee MacIntosh. Her non-compete clause with WWE is expected to expire after July 14. It is to be seen if she is really considering AEW to be her next destination.