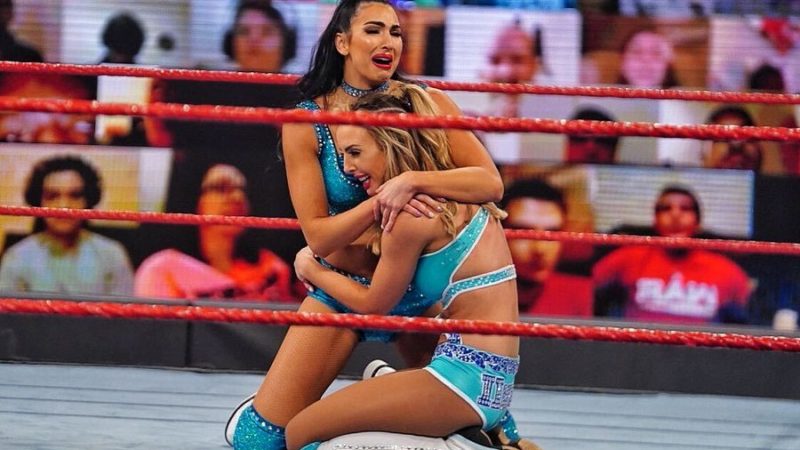 After years of performing together, Peyton Royce and Billie Kay of The IIconics were forced to split earlier this year. The breakup of the much-loved tag team came after a defeat to Liv Morgan and Ruby Riott of the Riott Squad as per the match stipulation.

It was reported earlier that the split happened to push Peyton Royce as a singles star. She has impressed her WWE peers as well as Vince McMahon with her in-ring performance and backstage attitude of late. Royce has also been drafted to RAW in WWE Draft, while Billie Kay was retained by SmackDown.

Speaking to Kayla Braxton on The Braxton Beat, Royce opened up on how she is dealing with the split and what is next for her in WWE (H/t Robert DeFelice of WrestleZone).

Peyton Royce on being on TV without Billie Kay

Royce and Kay have always been on the same brand till date, and almost never appeared on TV without each other. Royce admitted that it was strange to perform without her partner, as she used to be her ‘safety blanket’. Now that she is not with her anymore, Royce has to figure things out all by herself.

“It’s going to take some time for me to, like, find my footing on my own, even aside that we’re not a tag team anymore, the fact that she’s on SmackDown and I’m on RAW. We have never been on different brands like this. It’s to be so strange. I’ve never had to be at TVs without her. She keeps me sane. She’s just like my safety blanket and I’m not going to have that and I’m going to have to put on my panties and work it out for myself.”

Royce also said that they keep their phones available on Monday and Friday nights in case either of them need some help, or just a bit of emotional support.

On her next target in WWE

As for her singles career, Royce is going after the RAW Women’s Championship next. The title is currently held by Asuka, and she is eyeing The Empress of Tomorrow to become the next Champion.

“I mean, Asuka has got a target on her back. She’s got the gold and she’s got what I want. So yeah, immediately I want to go off to Asuka. Our division is stacked. We have such a strong women’s division on RAW and I’m very excited to be a part of it because it’s just going to make me step up my game and I’m excited for the challenges.”

On her first night on the Red brand, Royce teamed up with Lacey Evans for a 4-Way tag team match. It was won by the Women’s tag team Champs, Nia Jax and Shayna Baszler.

But the internet was not happy with how WWE broke up The IIconics only to pair Peyton Royce with Lacey Evans, and they made it known on social media.

BRING THE IICONICS BACK. https://t.co/HhwuhOdzMZ