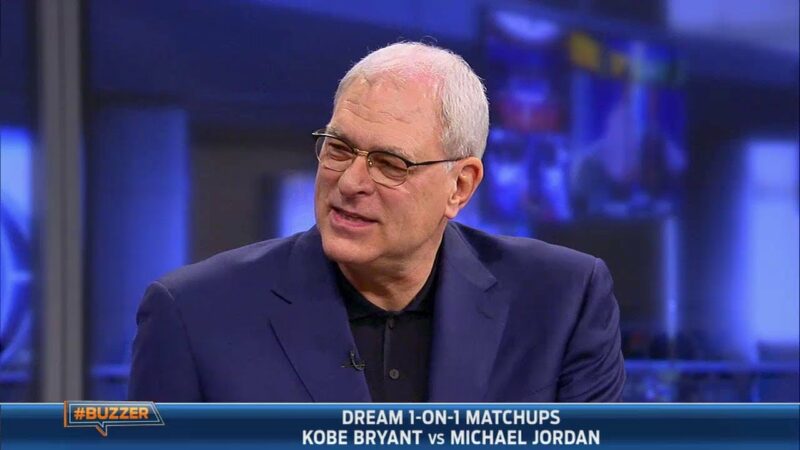 Phil Jackson allegedly made a racial remark to NBA legend Shaquille O’ Neal. The latest documentary about Shaq recently revealed some unheard stories and fans are eager to dig more into them. The 7ft 1″ demands such attention. His life is worthy of such a show. During the second episode, Shaq, in the docu, shared an interesting story. He narrated his first meeting with Phil Jackson.

Shaq claimed that Phil made him carry a log to an island. In his 2011 biography Shaq Uncut, the former Lakers legend mentioned another story from this same meeting. Though this particular instance wasn’t mentioned on the show, it still allows a peak into O’Neal’s psyche.

In 1999, Shaquille O’Neal was keen on winning a title, he pushed for Phil’s hiring. The legendary coach agreed to meet O’Neal in his lakeside house. There, Shaq noted racist undertones in one of Phil’s comments. In his book Shaq Uncut, Shaq revealed how he visited Phil Jackson’s lakeside house in Montana. It was revealed that Phil was out on a doctor’s appointment with his daughter. Shaq found a trampoline in Jackson’s backyard and started hopping on it.

When neighborhood kids found the 7ft 1″ superstar bouncing on the trampoline, they naturally gravitated towards him. Upon his return, Phil found Shaq entertaining a crowd. After the show, Big Diesel stepped into the lake to cool off. That is when Phil Jackson walked up to him and suggested Shaq should wear a life vest. O’Neal believed there were racist undertones to Phil’s assumption.

“Phil was at a doctor’s appointment with his daughter. When he got back I was jumping on his trampoline with all the neighborhood kids. But then I got hot, so I threw on my bathing suit and started to do gainers off Phil’s dock into the lake. Phil kept asking me, “Shouldn’t you be wearing a life vest?” Maybe he thought I couldn’t swim, because most white people think black people can’t swim. Not true, dawg. I’m an excellent swimmer.”